As per Islamic laws, all Non-Muslims including Hindus, Christians, and Jews are not allowed to enter Makkah and Madina. You might have heard a story of a Non-Muslim eyewitness who enters Mecca, what happens to them?

If you have ever been to Saudi Arabia, you must have seen the traffic boards instructing diversion for Non-Muslims before entering Makkah and Madina.

Embassies of different countries operating in Saudi Arabia advise their Non-Muslim citizens that they are not allowed to enter Mecca and Madina. 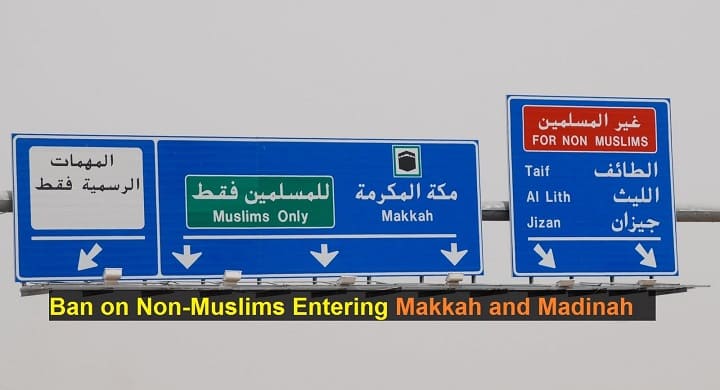 Why Hindus are not allowed in Mecca?

“O you who believe, the Mushriks (polytheists) are impure indeed, so let them not approach Al-Masjid-ul-Harām after this year”.  At-Tawba 9:28

As you can see, the Holy Quran only prohibits polytheists which including Hindus to enter Makkah. Mushriks are those people who believe in and worship more than one god. 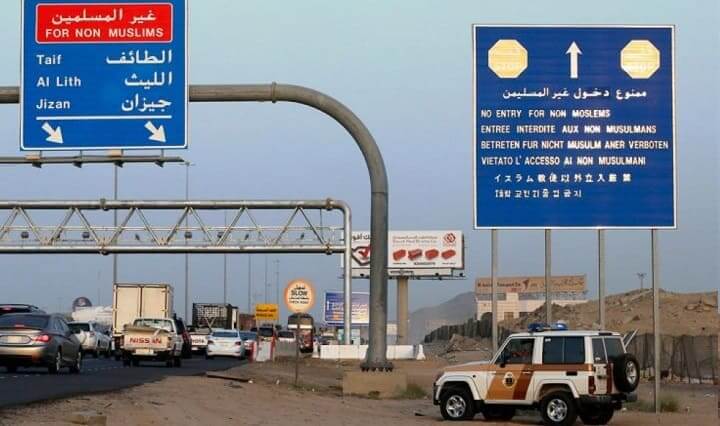 Why Christians and Jews are not allowed?

By definition, Christians and Jews are not polytheists, then why are they not allowed to enter Meccan and Madina? The answer is given in the Holy Quran.

In other words, the Jews and Christians also come under the category of Mushriks. 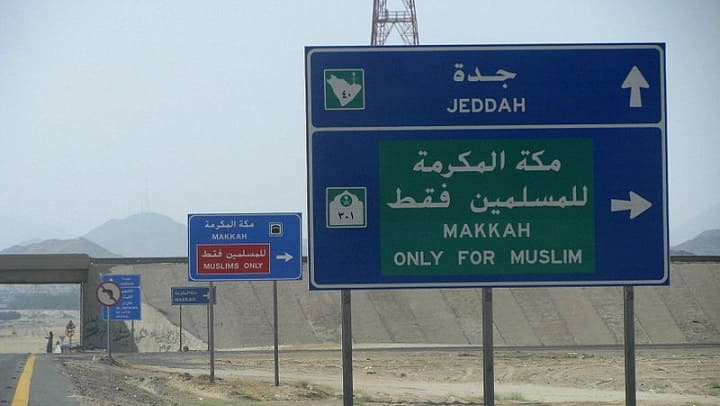 During the time of Prophet Muhammad ﷺ and 4 caliphs of Islam, many ambassadors from non-Muslim states used to come to Madina. It shows that the entry of Non-Muslims to Madina was not banned at that time.

Later on, due to security concerns, the Muslim governments stopped the entry of all Non-Muslims to both Makkah and Madina. The practice has been continuing for centuries.

What happens if a non-muslim enters Mecca?

If a Hindu or Non-Muslim is caught entering Makkah or Madina;

Any incidents of Non-Muslims entering Makkah?

We have covered some incidents when Non-Muslims entered Makkah and Madina.

Islam is not the only religion that restricts access

Islam is not the only religion that restricts the access of Non-believers to its holy sites.

It should be kept in mind that Non-Muslims including Hindus are allowed to enter into any Masjid of the world except Mecca and Madina.

Dr. Zakir Naik: As we need a visa to enter any country of the world, one of the visa requirements to enter Mecca and Madina is to be a Muslim.

Are there Christian Churches in Saudi Arabia?