The picture of Israeli Jew Ben Tzion inside Masjid al Nabawi in Madina went viral on social media causing anger among the Muslim world. What is the reality? Did Ben Tzion really visit Madina?

Ben Tzion posted photos of himself visiting Iran, Lebanon, Jordan, and Saudi Arabia. He posted his picture standing inside the Holy Mosque that caused a wave of anger among the Muslims. 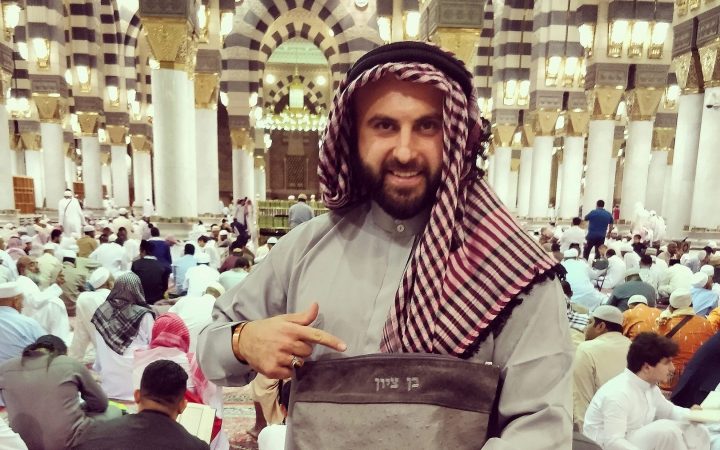 Ben Tzion is Russian-born and became an Israeli citizen in 2014. He claimed that it is his hobby to visit the Muslim countries to describe his message as respect for other cultures and faiths.

How did he enter Madina?

During his interview on the current situation, he claimed that he visited the holy sites legally although he did not specify which passport he traveled on.

Non-Muslims are prohibited to enter Makkah and Madina, he must have faked his religion to get the visa on his Russian passport. You can see that he is wearing a traditional Arab dress (thobe) to disguise himself as a Muslim.

Ben Tzion said the people of the Arab world respected him and no one there approached him with hostility.

In one of his Facebook post where he posted his picture while performing Saudi traditional sword dance wearing a thobe, mentioned that the people of Saudi Arabia will stand with the Jewish nation side by side. 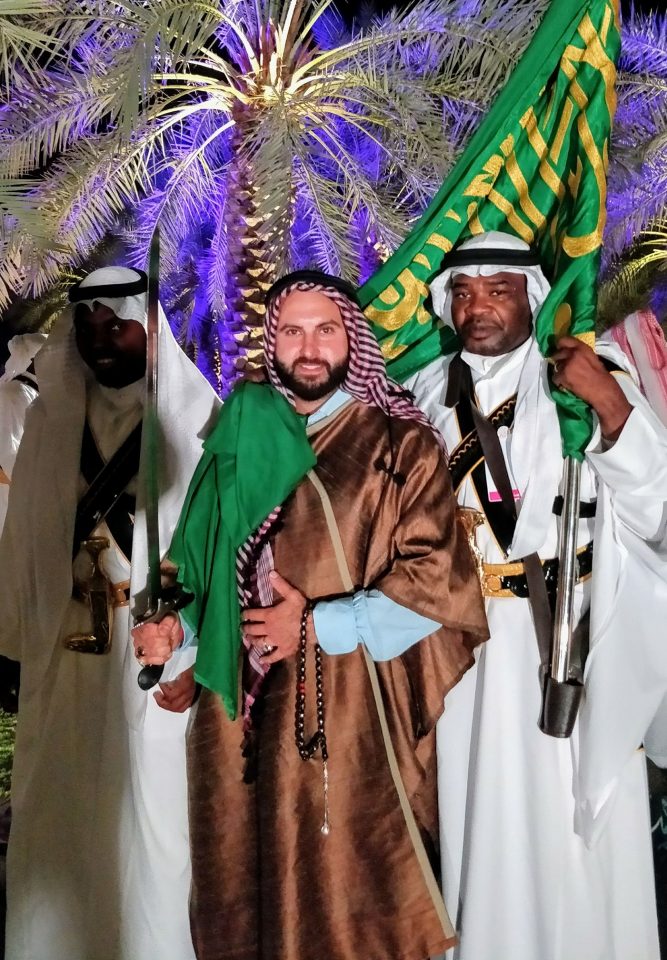 In another picture taken in front of the Four Seasons Hotel in Riyadh, he is asking Israel and Saudi Arabia to promote peace in the greater Middle East region. 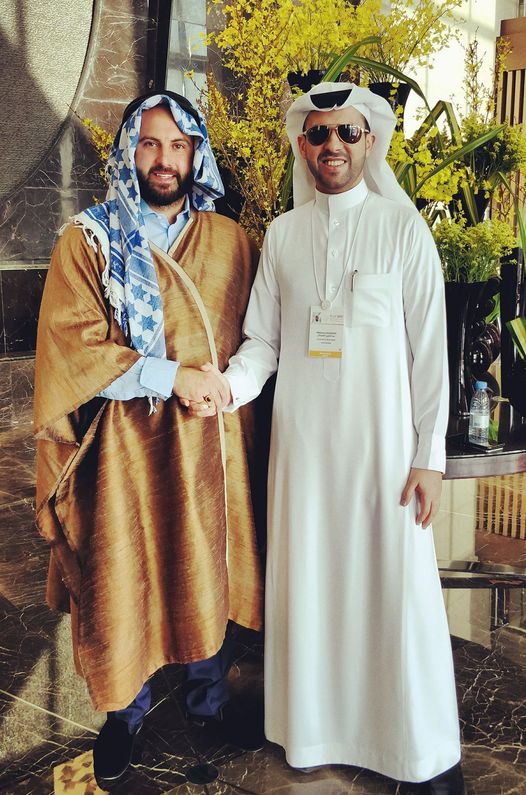