Three Saudi men lost their way and ended up in the middle of a desert between Riyadh and Makkah. The police claimed that the Saudi men were rescued after 6 hours of the prolonged search operation in the desert.

According to the police of Humiyat in Afifi in central Saudi Arabia, they were informed about the incident by the men themselves.

They called at around 1 am and informed the police that they had lost their way. Upon inquiry, it was revealed that they were not aware of the exact location yet they knew that they got lost from about a distance of 80 kilometers to the East of Humiyat. 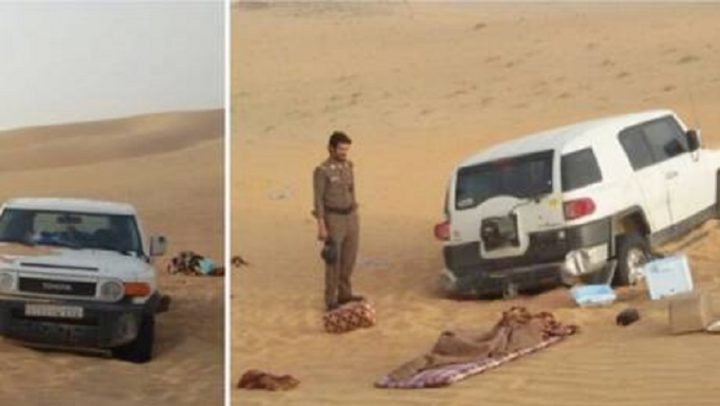 Upon this, the police conducted a search operation in the desert through careful scanning. The team aimed at rescuing the three Saudi nationals safe and sound.

After a careful search operation that lasted for 6 hours, the search team could finally discover the three Saudi men. According to the reports, the men were found near their car which was half-buried in the thick desert dune.

The police have declared that they found the men perfectly safe: luckily none of them were injured or hurt. The police have also assured that the three young nationals were transferred to a safe and secure place.

Make sure you know the directions well and if you don’t take a guide with you. Be cautious while traveling. These men were indeed lucky, but not everyone is! Stay safe.