Ali Al-Kaissi was 14 years old, a 10th standard student who got married to his 13 years old cousin. He is considered to be the youngest groom of the city Tabuk.

The good news is that the young couple has been blessed with a baby boy. Ali Al-Kaissi became a father when he was only 16 years old after almost 1.5 years of his marriage.

His wife was only 15 years old when she gave birth to a child. His wife gave birth in the military hospital. He thanked God for his happiness. 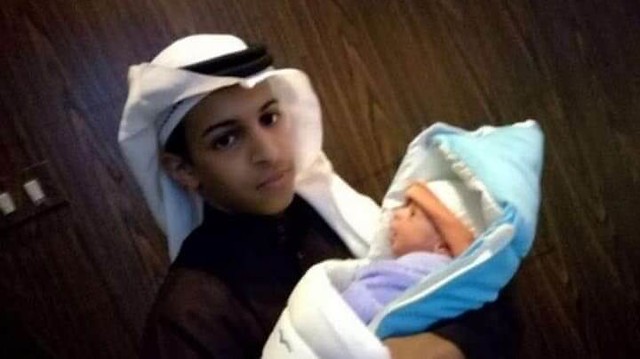 Ali Al-Kaissi explained that the hospital was insisting that his wife’s father should sign a legal document allowing the doctors to perform a caesarian delivery if necessary.

Later on, Ali met the head of the hospital who was a very responsible person and allowed him to sign the documents. The baby was delivered normally rather than a cesarean delivery. Ali named his baby Mohammad after his father.

Al-Kaissi said his wife’s mother is currently taking care of their child and helping them to adjust on their parenthood. 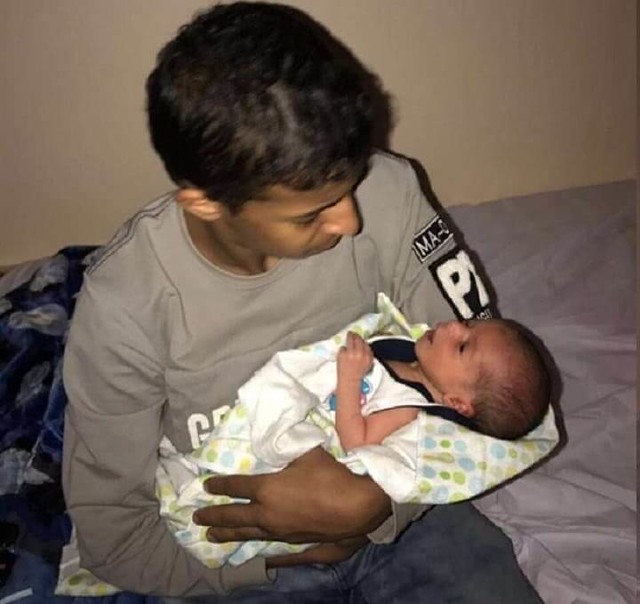 Shoura Council is taking all the steps to make legislation against Child Marriage, still, 1 out of 7 girls in Saudi Arabia get married before 18.