Most of us have a dream of spending a good time in the romantic and cultural capital of European countries to enjoy a mixture of multi-ethnic and multi-cultural life. Today, we are listing down 10 Cheap European Countries near Saudi Arabia.

Poland is at number 10 among the cheapest European countries near Saudi Arabia. Living in an apartment here will cost 488$ per month. It is a city occupied by students, studying in its different universities.

More than 270,000 students create a vibrant entertainment atmosphere and a joyful nightlife. However, Poland faces a high ratio of unemployment and over two million of local people are unemployed. 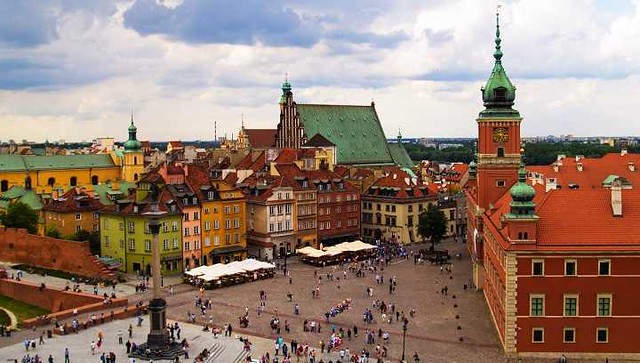 Prague is the historic capital of Bohemia and it has a share of its artistic charm. There are more than 10 big museums, many cinemas, art galleries, different theaters, and many historic sites. It has a great deal to attract a culture lover here.

Rent of one bedroom apartment is 617$ on average but if one lives a further out of the mainstream of the city this cost becomes $440 per month which makes it one of the cheapest European countries to visit near Saudi Arabia.

Low costs of public transport, groceries, and meals make life in the city much affordable. A meal in a somewhat basic restaurant costs $5 and cigarettes packet less than $5. It is a perfect place to have a good time. 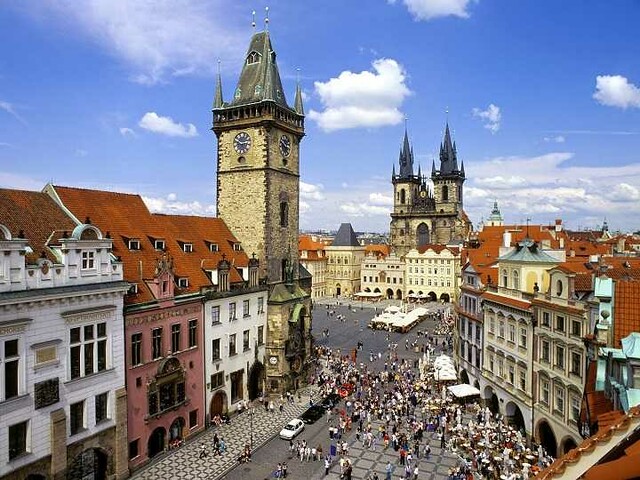 The strongest incentive for relocating in Sarajevo is the cheap rents. One apartment in the city with a single bedroom will cost only 320$ on average and it is about $185  per month if living outside of the city center which makes it one of the cheapest European countries to visit from Saudi Arabia.

Sarajevo, located in the greater Sarajevo valley and surrounded by the attractive Dinaric Alps is the economic, cultural, political and social hub of Bosnia and Herzegovina. The city has become a much popular tourist destination of Eastern Europe and that’s why the city has a boom in the tourism industry.

The city is also very cheap in terms of living costs. Grocery prices and restaurant expenses are economic and transport cost is also very low (a monthly pass can be obtained against 35$). 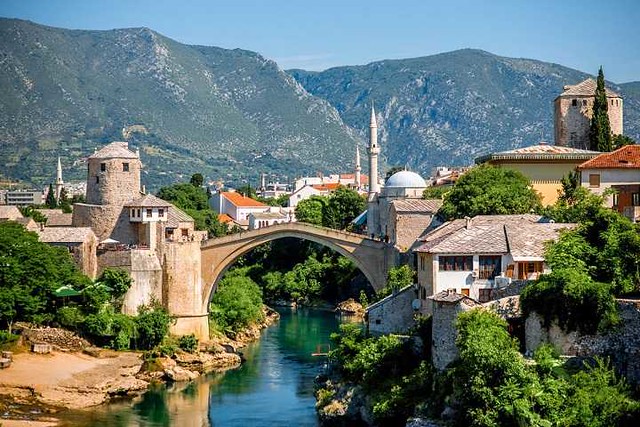 In terms of the size of the population, it is the 6th largest city in Europe after Paris, London, Berlin, Madrid, and Rome but it is cheaper than any of the mentioned cities.

Average rents are $440 per month in the City Centre. Groceries and other utilities are also cheap, in a basic restaurant one meal will cost $6 and $15 is the cost of the monthly pass in public transport. Due to its lower cost of living, we have included it in the list of cheapest European countries to visit from Saudi Arabia. 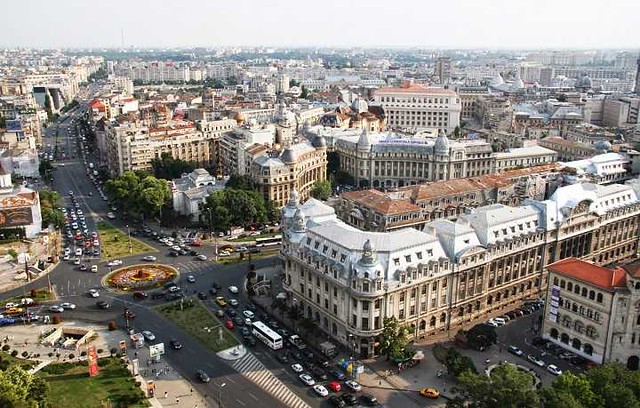 Albania has a close relationship with nature as it is surrounded by hills, at the east of the city is Dajti mountain and a slight valley is at the northwest that makes to forget the Adriatic Sea. Due to its mesmerizing sites and lower cost of living, we have included it in the list of cheapest European countries to visit near Saudi Arabia.

It is not needed to be rich to live in the heart of the city, average rents are 380$ monthly and the cost of transport pass is $4 a month. Groceries are also cheap and a basic restaurant will charge $7 for a meal and $30 is the cost in a mid-range restaurant for a meal of three courses serving two persons. 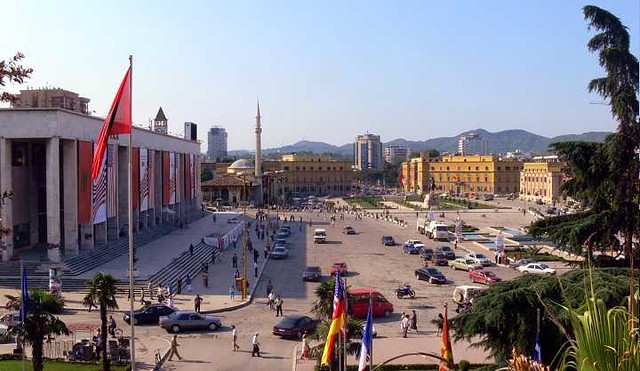 The capital of Belarus is built around the Svislach River. It has a population of more than 2 million. Living cost in the city is cheap as well, one bedroom apartment can be rented at $380 and the cost of public transport pass is $13.50 a month. It is truly one of the cheapest European countries to visit from Saudi Arabia.

This charming city is cheap in living cost but rich in terms of theaters, cinemas, libraries, and museums. The temperatures are very low here, it is usually around 18°C in the summers and below freezing point in winter i.e. -4.51°C is average temperature in January. 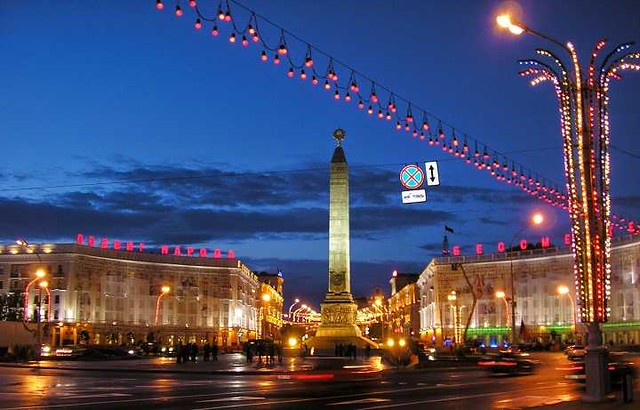 Located in the Sofian Valley, Capital of Bulgaria has a population of more than 1.2 million. It is surrounded by beautiful and worth seeing mountains. Winters of Sofia are snowy and cold while summer season is sunny and warm.

Living in the heart of Sofia costs $380 on average, grocery is cheap and pass on transport costs $35 monthly which makes it one of the cheapest European countries to visit from Saudi Arabia. 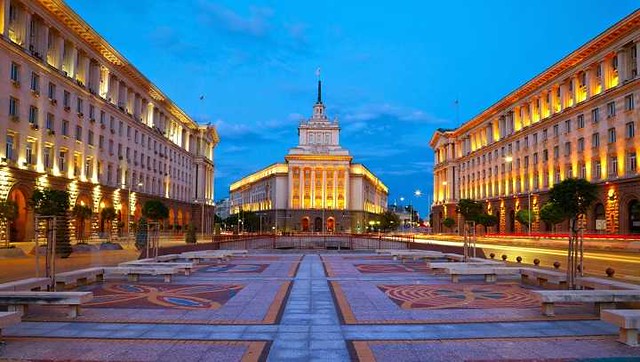 Ukraine is the third cheapest European countries to visit from Saudi Arabia. A flat in the city costs $570 per month, the amount becomes $330 if one lives in outer side of the city. Kiev is the educational, cultural, scientific and industrial hub of Eastern Europe.

It has become a home of high-tech industries, worldly famous landmarks, and universities. It is a comfortable and affordable place to live and work because of cheap groceries, eating out and utilities. 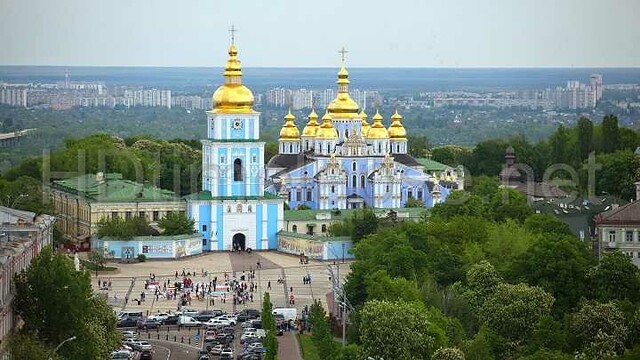 Skopje is an ancient city, surrounded by worth seeing mountains and it is perfect for spending weekends. The city has been inhabited since 4000BC, some of the oldest buildings of the city contain the remains of Neolithic settlements. The nightlife of the city is also very dynamic; however, the biggest industry in this regard is casino gambling.

One bedroom cost in the City Centre is $325 a month on average, rooms can be rented even for $25 outside the central area and a basic meal in the city costs $4.5 due to which it is considered the second cheapest European countries to visit from Saudi Arabia. It is the cultural, political, academic and economic Centre of Macedonia. 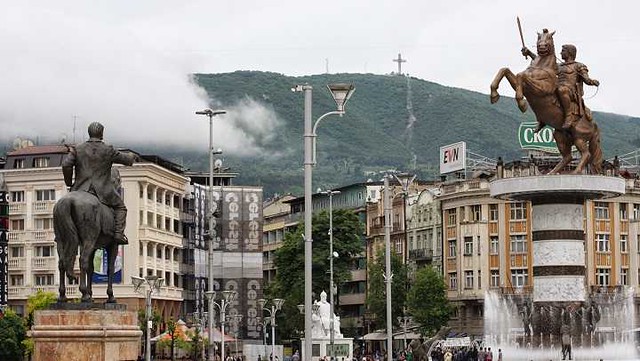 A three-course meal in a mid-range restaurant for two people costs $22 and monthly transport pass can be purchased by paying 6$. The population of this city is 800,000. 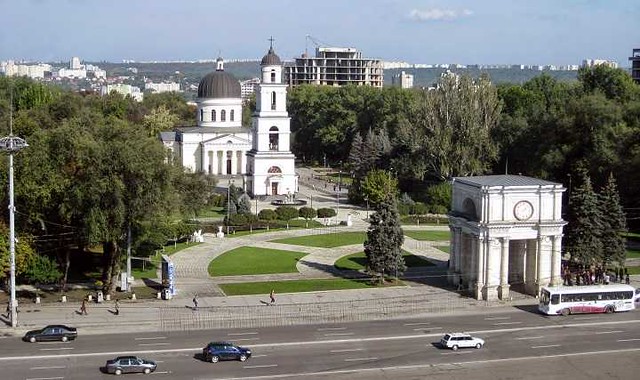 It has 33 universities, a national opera, three National Museums and a ballet theater that organizes a variety of cultural events. It is the best place than anyone else to study a year and it will cost 81% less than a year spent in Paris.

10 things you will miss after moving from Saudi Arabia

How to drive car in Austria on Saudi Driving License?