Today, we are going to describe the story or summary of facts of battle of Uhud which took place on the mount Uhud on the 7th Shawwal, Hijri 3. It was the second battle of Islam after the battle of Badr.

After the disbelievers were defeated in the battle of Badr, they wanted to throw another fight and overcome the humiliation of the defeat. One of the most important facts about the battle of Uhud is that the Quraish built a massive army which comprised of 3000 soldiers, 300 camels, 200 horses and 700 armors. 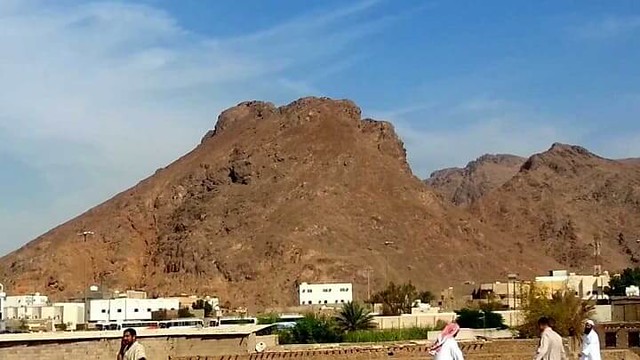 Ikrimah bin Abu Jahl and Khalid bin Waleed, who had not accepted Islam at that time were commanding the left and right flak respectively. Another surprising fact about the battle of Uhud is that most of these leaders embraced Islam later.

Another fact about the battle of Uhud is that Muslims did not have a big number in their army. The Muslims, however, were able to build an army of only 700 men. These 700 men under the leadership of Prophet PBUH left for Uhud valley from Madinah. Zubair bin al-Awwam and Mundhir bin Amr (may Allah be pleased with both of them) were made commanders of right and left wing respectively.

The uncle of the beloved Prophet PBUH and a fearless warrior, Hazrat Hamza (may Allah be pleased with him) was given the post of the advance guard.

Masjid Shaikhain marks the spot where the Prophet (peace and blessings of Allah be on him) prayed salah on the eve of the battle of Uhud on the 14th Sha’ban 3AH (625 CE). The preparations for the battle were made here. Many Muslims visit this place to revive the story of battle of Uhud. Recommended: 6 Facts about Masjid Shaikhain 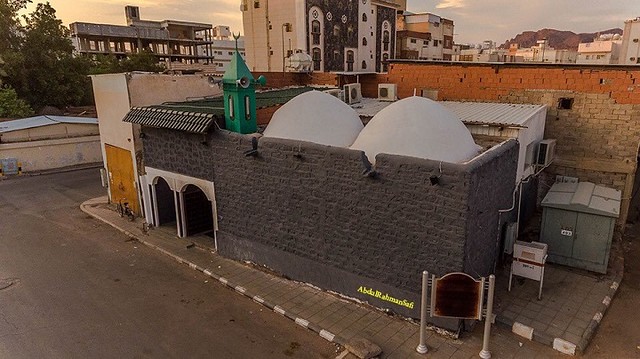 Masjid Mustarah is where the Prophet (peace and blessings of Allah be on him) rested and prayed after the battle of Uhud. The meaning of Mustarah is to ‘take rest’. This site was an important strategic location for the security of Madina. Many Muslims visit this place too to revive the story of the battle of Uhud.

As per strategic planning, 50 archers were ordered to get positioned at the mountainside. This would help the Muslims to remain safe even if the disbelievers attacked them from the rear. The leadership of these archers was bestowed on Abdullah bin Jubair (may Allah be pleased with him).

The most important fact about the Battle of Uhud is that Prophet Muhammad S.A.W gave them special orders that they are not to leave their position until they get an order.

Many don’t know the fact about mount Uhud that there are demolished remains of a mosque at the foot of the cave of Uhud. On the day of the Battle of Uhud, the Prophet (peace and blessings of Allah be on him) offered the Duhr prayer here. Many Muslims visit this place too to revive the story of the battle of Uhud. 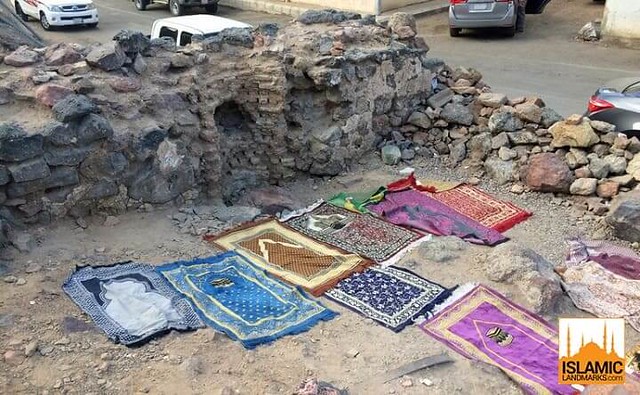 When the two armies came face to face and the battle started, the Muslims were able to dominate them. Abu Dujanah R.A and Hazrat Hamza (may Allah be pleased with both of them) were the ones who fought heroically. They would fearlessly approach the enemy and wipe them out. Many Muslims don’t know this fact about the battle of Uhud that Muslims were winning the battle in the beginning.

Hazrat Hamza R.A got martyred by an Abyssinian slave named Wahshi bin Harb. He was a slave of Jubayr bin Mutim, who promised him freedom for killing Hamza. Losing Hamza was a great loss, but it did not make Muslims down. They fought with the same valor and courage.

The most astonishing fact about the battle of Uhud is that Wahshi was seen chewing the liver of Hazrat Hamza R.A. which was too painful for Muslims.

Muslims were able to make the enemy feel they had lost another battle and most of them had run away from the battlefield. The women had also scattered in fear. The victory was becoming the fate of Muslims, yet a tragic incident occurred. 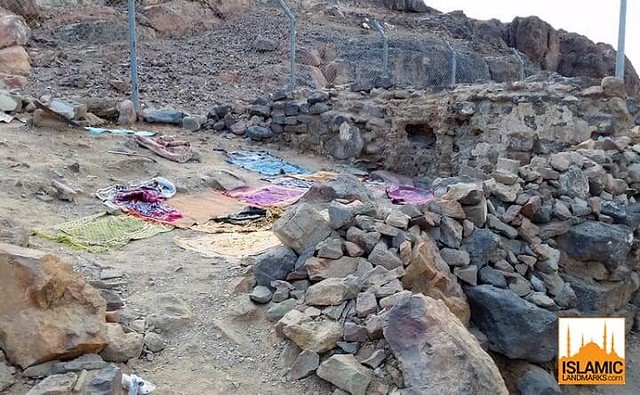 The archers who were ordered not to leave their positions disobeyed their orders. The most regretful fact is that out of 50 archers, 40 left their positions and approached the mount Uhud. They were sure that the battle was over, yet it wasn’t. Their act made the Muslim army weak as they could not bear any counterattack.

The battle wasn’t over yet, the enemy had run away, and it could approach the battlefield again with a new strategy. The fact that this strategic position was emptied made Muslims lose the battle of Uhud.

Khalid bin Waleed saw that archers had left their position and now Muslims could not defend themselves against a counter attack. So, he and his men came back and attacked the Muslim army. They were able to kill many Muslim soldiers.

The Muslims could not combat the sudden attack. They could not come up with another strategy to regain strength. Muslims learned a lesson in the battle of Uhud that they have to obey the instructions of Prophet Muhammad S.A.W not matter what are the facts and requirements of the situation seems to be.

Prophet Muhammad S.A.W got hit by a rock which chipped the Prophet’s PBUH teeth, cut his lower lip and damages his helmet. 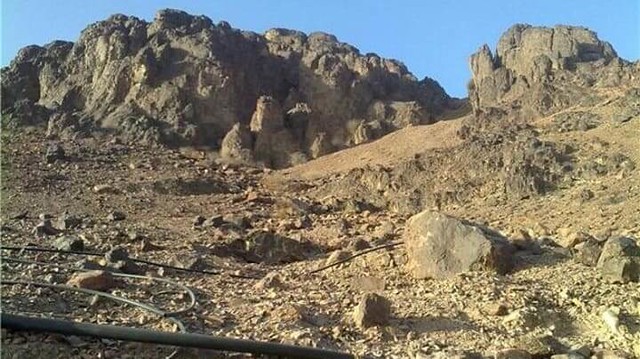 Rumor it was, yet it let down the morale of the Muslims warriors. They lost all their hopes. Prophet’s death was a great shock to them. In their despair, the enemy found them an easy prey and killed a bunch of Muslims easily.

The Muslims won’t even fight back and called that they ought to die for the cause Prophet PBUH had died. The Muslim army was in deep crisis. Prophet Muhammad S.A.W wasn’t dead, and they were being defeated in a war which they had almost won!

Muslims also learned a lesson from the battle of Uhud that they are here to fight for Allah and the fact that Prophet Muhammad S.A.W is another human being who may die. 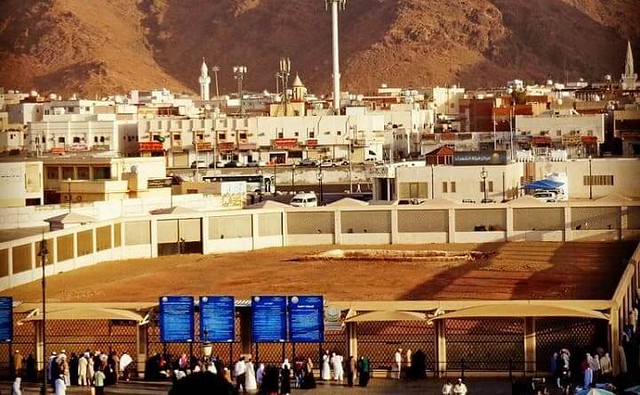 The Muslims were only able to rejoice when Ka’b bin Malik (may Allah be pleased with him) saw Prophet PBUH. Even though Prophet Muhammad S.A.W had his face covered with a helmet, Ka’b was able to recognize his leader through eyes. He alarmed Muslims that the Prophet was alive!

Many Muslims are not aware of the fact about the battle of Uhud that Muslims called for a retreat at the mount Uhud. It was a wise decision to leave the battlefield and retreat as it saved Muslims from further losses.

If you take the summary of the battle of Uhud, the Muslims could not emerge out victorious in the battle because of their disobedience. They themselves let the victory slip out of their hands. Only if the archers had maintained their positions, the enemy could not have wiped them away in a counter attack.

If you keep the summary, story, and facts of battle of Uhud in your mind, the visit to the mount of Uhud becomes a great one. The whole story gets refreshed!