A bus carrying 16 Egyptian pilgrims overturned on its way to Makkah leaving 3 people dead and 13 injured, according to the statement made by the Egyptian Foreign Ministry.

The accident occurred around 310 kilometers from the Saudi north-western city of Tabuk while the bus was heading to Makkah. All the pilgrims were wearing Ihram. 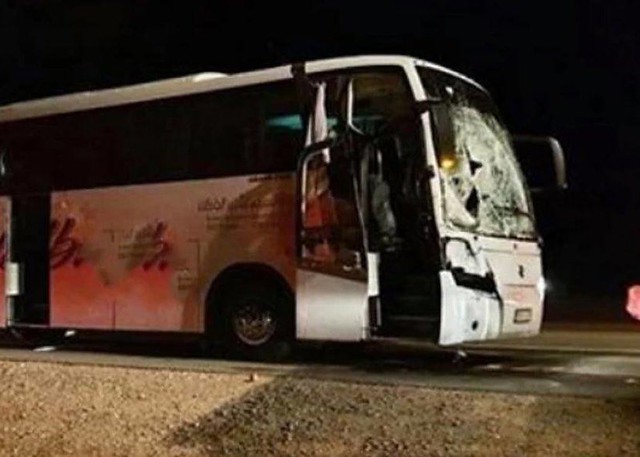 The Egyptian consulate in Jeddah closely follows the accident and is in direct contact with the Saudi authorities to finalize the procedures to repatriate the dead bodies of the pilgrims.

According to the informed sources, 3 people were brought dead into the hospital while 13 were treated for their injuries. May Allah grant them the highest rank in Jannah as they were going to present themselves to the House of Allah in Makkah.