Home Social Issues Rich Saudis A Saudi built a special path for a blind to help him...

Viral Video: A few days ago a video clip went viral on Social media where a blind and elderly man’s family tied a long rope from the door of his home to the door of the mosque so that he can easily reach the mosque five times to offer his prayer regularly and without disturbing or needing any help from others.

This way helped the old man to follow the direction through the rope by holding to reach his destination. However, it was a great and amazing idea to help someone elderly or blind member in any house and thus this idea inspired many and also gave a hint to create many new ideas to help someone visually impaired.

Textured Path in Buraidah: Soon after the video went viral, a local charity organization in Buraidah city of Northern Saudi Arabia decided to help visually impaired citizen to reach the mosque daily. In an urge to fulfill their aim the charity first tested a blind man in the city by installing a textured path on which blind person could easily walk.

The textured pavement is made of such materials that are specially built for visually impaired people. The path contains tactile bars on the ground which act as a tool to help the blind people. 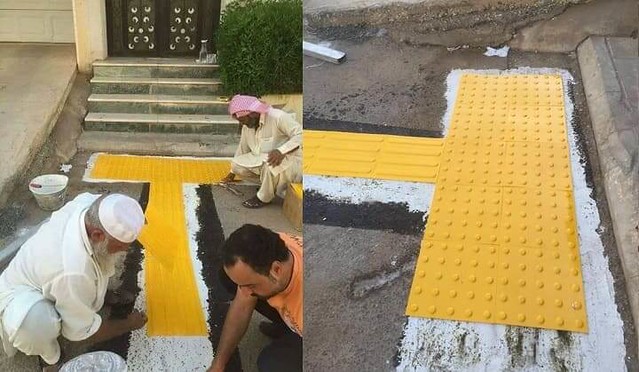 The path leads the blind people to the designated area and so far have been proved helpful to the blind people where they can easily walk on it and easily reach to their desired destination without needing too much of guidance from the surroundings. 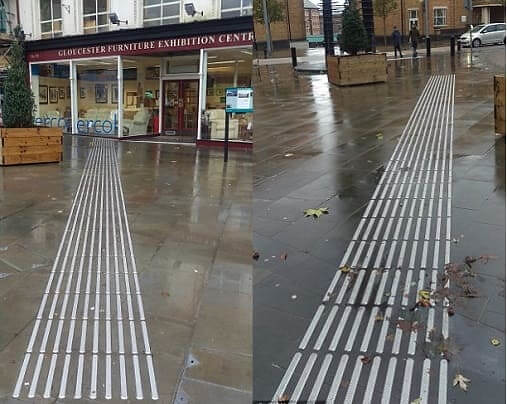 We respect the idea: The same texture path in yellow color was installed just outside the entrance of the blind man house in Buraidah city just to lead him to the mosque. We hope that this idea will prove successful and once it happens it will help many visually impaired people of our society.

If all of us start feeling for those who are underprivileged, believe me, the society would be different. 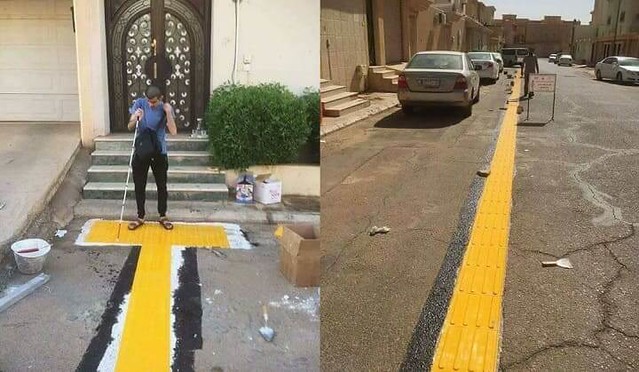 I would be happy to see more pavement paths being built in other areas of the country for the blind people. This is how we can bring change together