In August 2013, Zahir Hussain, a 30-year-old Pakistani driver and a father of four went to Saudi Arabia on a working Visa as a driver through an Arabian company.

Unfortunately, in the same year, his truck collided with a car in Makkah resulting in the death of four people.

The court established that he was at fault in the accident. The court asked him to pay SR 1.3 million as Blood money.  Blood money is the financial compensation paid to the family of the victim by the offender. 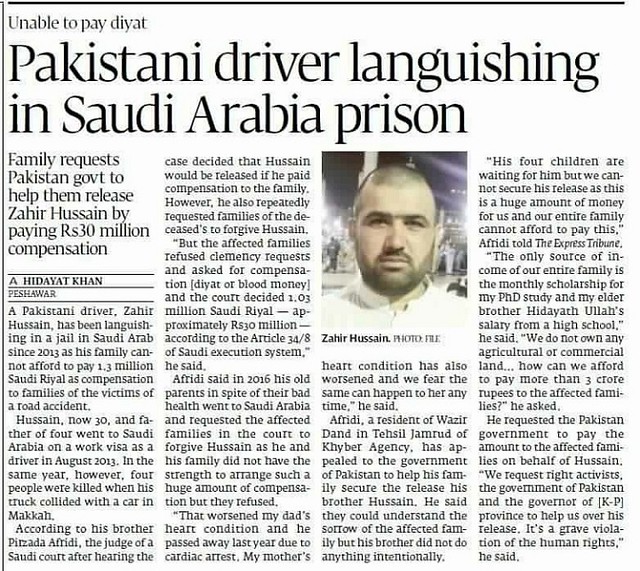 The judge also requested the families of the deceased to forgive Zahir Hussain but they refused and asked him to pay the blood money or diyyah. 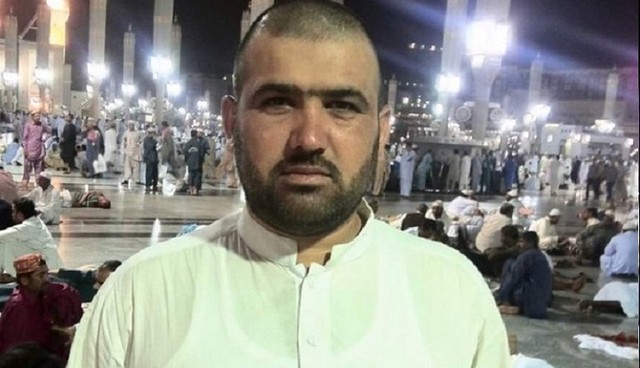 Zahir’s family is a poor family

Zahir’s family is not a wealthy family who could afford such a large amount of money to pay as compensation and rescue Zahir from the Jail.

In 2016 his old parents in spite of their bad health visited Saudi Arabia and requested the affected families in the court to forgive Zahir Hussain as he and his family did not have the strength to arrange a huge amount of money for compensation. Saudi families refused to do so.

7 years after he was jailed for unintentionally killing four people in a 2013 road accident along a Makkah highway, Zahir Hussain finally returned home to Pakistan after the Saudi bait-ul-maal social welfare organization paid his blood money. 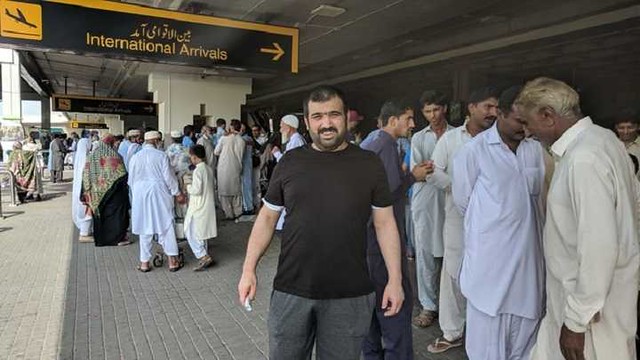 Lesson from the story

I should say that every expatriate who is visiting Saudi Arabia, as well as every local citizen, should have valid insurance so that God forbids if they suffer from any hardship, the insurance company can help them.

Zahir Hussain Zar Khan, a Pakistani trucker pardoned this July by Saudi Arabia after spending seven years in jail following a deadly road accident, emerged from the arrivals gate in tears as he met his children and family.–Read the full story: https://buff.ly/2ZwAxAU