Home General Information Health Issues Your wife is not a Baby Making Machine – plea of a...

As soon as a couple gets married, people start asking about the pregnancy. Sometimes the couple is not mentally or physically ready to give birth to a baby but because of continuous pressure, they have to do so.

The blame for delivering a girl

In many backward countries, it is also seen that woman is blamed for giving birth to a daughter. They are treated like a baby-producing machines until they give birth to a son who can join the race to carry on your legacy.

She is not a baby-making machine

The first thing I want all the husbands to consider is that your wife is not a baby-making machine that works on your will. She is your soul mate, companion of your life, your best friend, and your life partner.

She bears several indescribable pains just to give birth to your baby.

A woman died delivering a baby

Recently a post of a doctor went viral in which she cried talking about a woman who delivered her baby and died after a few minutes.

Today I cried. A woman who was infertile for 14 years, finally was blessed by God beyond science and human knowledge. She got pregnant despite the fact she had an ovarian cyst and a huge load of fibroids, brethren she got pregnant.

She labored for hours and after bearing pains for seven hours she was operated on. She risked her life despite knowing that it could kill her due to her medical condition just to deliver a baby to her husband. Her husband got a baby but lost his wife. 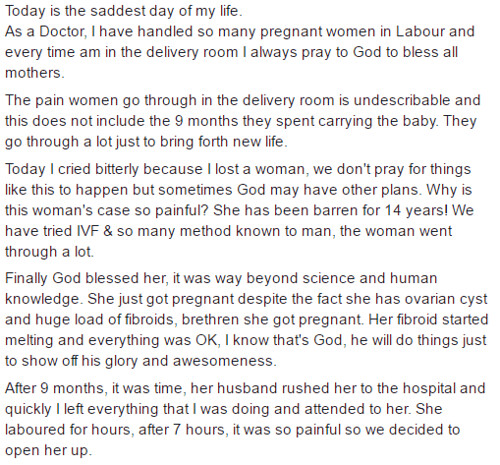 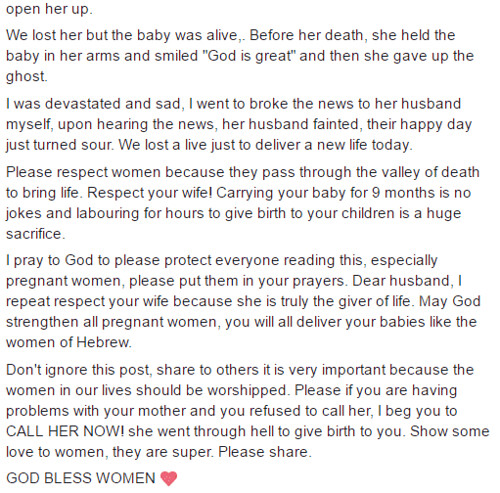 The lesson to learn

Everybody was devastated and sad reading this post. Don’t enforce the burden of having too many children on your wife if her health does not allow it. Keep in mind, that every human is different.