A very unfortunate event took place in Jeddah recently where some people posted a photograph on social media that was to show disrespect to Islam.

In the photograph, a man is seen prostrating in front of a woman, just next to Jeddah’s mosque. Saudi man in his 30s and his wife in her 20s have been identified by the picture and arrested. 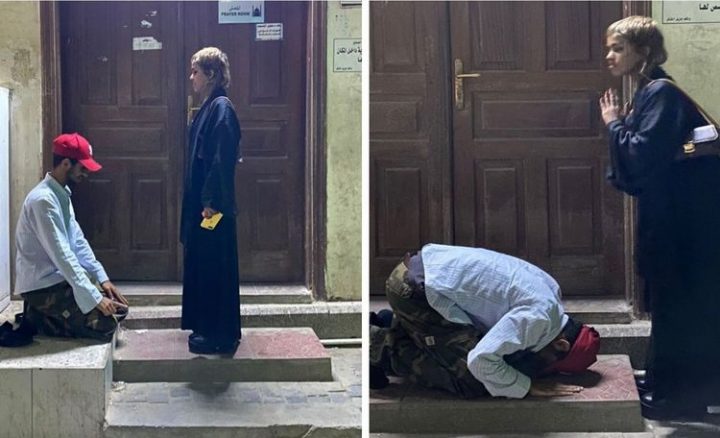 Moreover, the Yemini citizen who captured the photograph and put it up on social media has also been arrested. Recommended: Is kissing feet of wife allowed in Islam?

The people are appreciating the Police over timely investigation and arrest and Islam is not something to joke about. The media spokesperson, Major Muhammad Al Ghamdi has confirmed the arrest of the three. Recommended: Is kissing parents’ feet allowed in Islam?

The picture was viral on social media and people had called authorities to take action immediately against the couple involved in this kind of act.

While living in Saudi Arabia, we cannot afford to make fun of Islamic rituals. The Saudi authorities are so competent that they don’t let go of this kind of act.