A lady gave birth to a baby boy with only one eye at Al Hilal Medical Hospital in Al-Bayda, Yemen.

Karim Zarari, who is a Yemeni journalist reported that the baby boy was born with a single eye socket and a single optical nerve. Karim Zarari also shared pictures of the baby boy.

The person in the picture is an anesthesiologist working in the hospital, his name is Munif Hatem bin Shihab Al-Din. 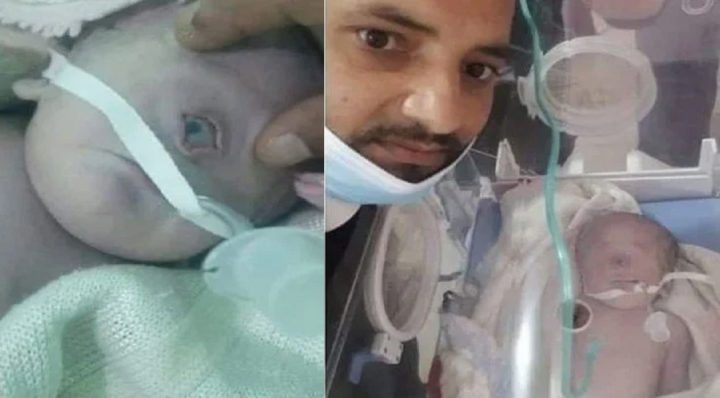 Is it a rare event?

Zarari commented that this child is a very rare case that was known in Greek mythology.

According to the physicians, the newborn had a hole in its eye and just one vein for vision. According to media accounts, the world has only seen six occurrences like this in the last five centuries.

People are worried if Dajjal is born as they believe that Antichrist will have only one eye.

However, the fact is that according to Islamic scripture, Dajjal would be blind with one eye. He would have two eye-sockets but would not be able to see from one of them. 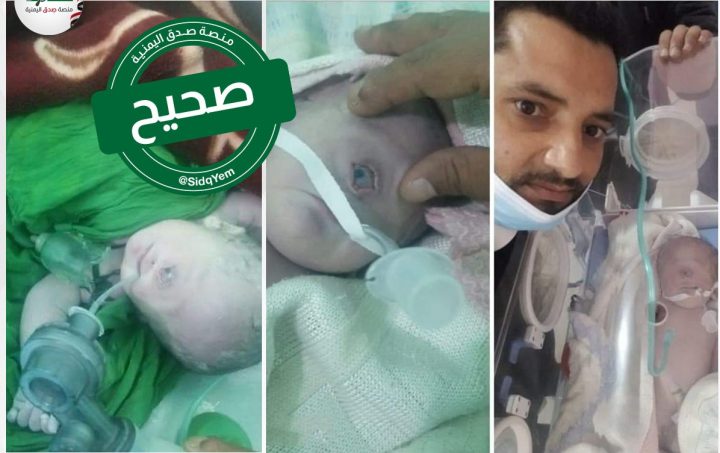 What is the condition of the baby?

Unfortunately, the baby could survive for only 7 hours and died. Yemen’s health authorities have not commented on this rare case.