Recently, it has been viewed that Saudis have a great love for wrestling. Many wrestling events have been hosted in the kingdom during this year. However, all events were male-oriented events. Now, get ready for female wrestling being staged in Saudi Arabia.

The wrestling will take place on the 31st of October 2019 at 8 pm. The event will take place at the King Fahd Stadium. The organizers assured that the World Wrestling Entertainment Inc. shall bring in wrestling superstars.

Who are the opponents?

The wrestling match will be between Natalya and Lacey Evans. They will come face to face in the mega event in KSA. Also, the former WWE boxing champion Tyson Fury will come head to head with the WWE heartthrob Braun Strowman.

The two female wrestlers coming to KSA have a good reputation in the wrestling world. They have encountered some good and fierce battles. It has been declared that Evans, who is a former US Marine, has won a battle by power bombing the opponent off the side of the stage and through a table! 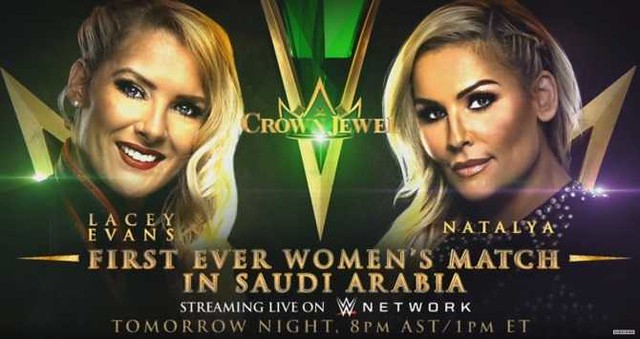 How can you buy tickets for the first-ever women wrestling match in Saudi Arabia?

The tickets for the first-ever women wrestling match in Saudi Arabia can be bought online and it ranges from SR 25 to SR 2,000. You can see the details of the ticket prices below. 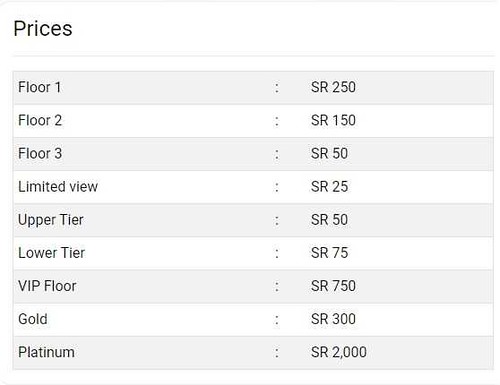 It will be a 3 hours show which would start at 8 pm and end at 11 pm. There will be wrestlings of many other stars in it such as Randy Orton, Bray Wyatt “The Fiend”, Roman Reigns, Seth Rollins, New Day, Kofi Kingston and Brock Lesnar. Event Running Order Timings are;

Saudi Arabia is heading towards modernization

Saudi Arabia is heading towards an era of moderation where lift on most of the bans has been observed. Cinemas are being reopened, concerts are being held and so are we seeing women driving cars. Saudi Arabia is on its way to provide entertainment to its people. 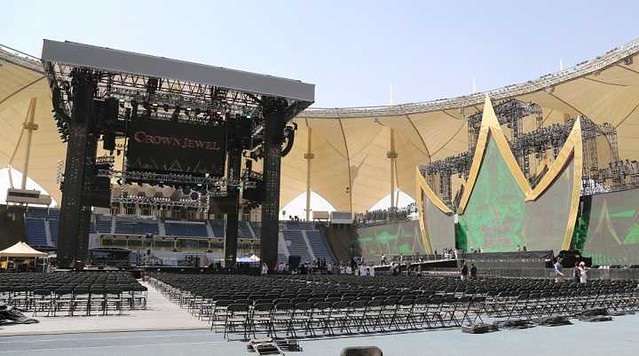 This is all under the Vision 2030 initiated by Crown Prince Muhammad Bin Suleman. Development of the Tourism and leisure sector has been one of the fundamentals of the vision as it aims at making Saudi Arabia less vulnerable to oil price shocks.