When we look at the practices and daily lives of the Sahaba Rasool ﷺ, we will never ever find any of them celebrating the birth of the beloved Prophet, whether it was during his lifetime or after he passed away.

None of his closest companions, which included the first four Caliphs, his wife, and even other close companions like Talha R.A and Zubair R.A, ever celebrated his birthday. Does that not prove anything? 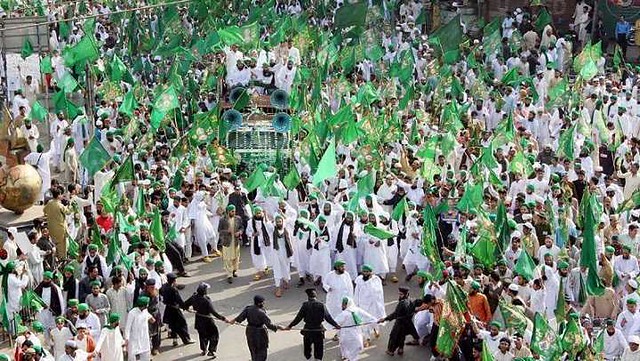 Should we celebrate Eid Milad Nabi?

If the great 4 Caliphs, during their 28 years of combined rule, did not transgress from the true path of Islam, then who are we to do so? If the best of mankind, who are the people who stood by the Prophet during his time, did not celebrate his birth, then why should we?

However, this biddah has also entered the Middle East as the UAE government announced a public holiday on 12th Rabi’ al-Awwal last year.

The literal definition of Biddah-Innovation according to Shariah would be “Doing action in matters of the deen (religion) that Allah has not prescribed”.

It can also be taken as “Worshipping Allah in ways that are not those of the Prophet ﷺ or his rightly-guided successors after Him.

Prophet Muhammad ﷺ said: Whoever innovates something in Islam that is not part of it, will have it rejected. – Sunan Ibn Majah 14