Bitcoin is a fraud:  Bitcoin has been criticized because of its suspicious character and its overnight increase in trade value. The cryptocurrency has taken everyone by surprise and it is still a mystery as to what its origin is and why has it gained so much importance and trade value.

Many prominent personalities have criticized bitcoin and have called it a fraud. In an interview in October, Prince Al Waleed bin Talal called the cryptocurrency a fraud and said that it was another scandal like ‘Enron’ which made investors lose billions of dollars.

The prince said that the bitcoins could not be trusted because the currency was not regulated and supervised by any central bank. Criticizing the currency and having negative views about it can be considered normal but no one was expecting a fatwa on the currency.

He said that there are various reasons for the bitcoin to be prohibited, the first and foremost being the anonymity of the currency. The currency is not supervised and we don’t know where it is being used. This means that it could be used for illegal purposes like money laundering and drug money etc. 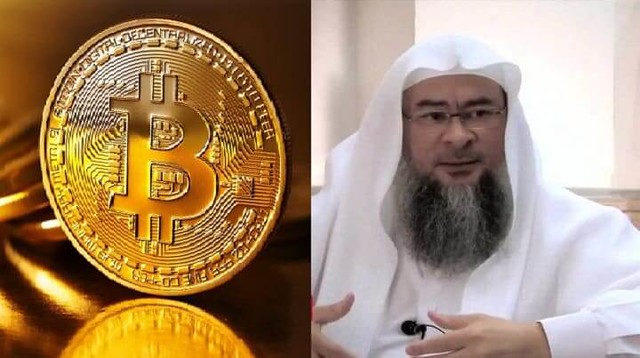 The currency started to trade at 0.1 cents and has now reached $10,595. The currency’s value has increased unrealistically and it is way too much money for such a currency which we do not possess physically.

It is Haram: Al-Hakeem also said that Muslims should not get involved in such methods of earning money in which there are so many suspicions. The large amount of profit associated with the bitcoins surely attracts people but it is certainly not the Islamic way of earning money.

The currency’s security is also questionable which makes such a large investment vulnerable.  The Islamic way of earning money surely does not base upon such factors that the bitcoin possesses because of these reasons, Turkey’s top religious body said that the cryptocurrency is not compatible with Islam.

A source of illegal activities: The directorate of religious affairs said that the currency is open to speculation and it can be used in illegal activities as it is not under the state’s audit and surveillance. This leaves us to wonder that Al-Hakeem is not alone in such claims.

Many people have questioned the bitcoins but it continues to rise and has become more popular. The bitcoins have even made its way to Wall Street and continue to amaze everyone but who knows what mysteries does the cryptocurrency hold!