Home Islam Islamic Stories Why the fragrance was coming out of that grave?

Shaikh Mahmud Abdi of Yemen narrates that once a group of scholars, among which his friend was also present, were traveling through Pakistan when they felt that a beautiful fragrance was coming out of a nearby grave.

The people there told that the grave belonged to a man who died a few days ago. The people inquired what the reason behind the emitting of the beautiful fragrance from the very grave. 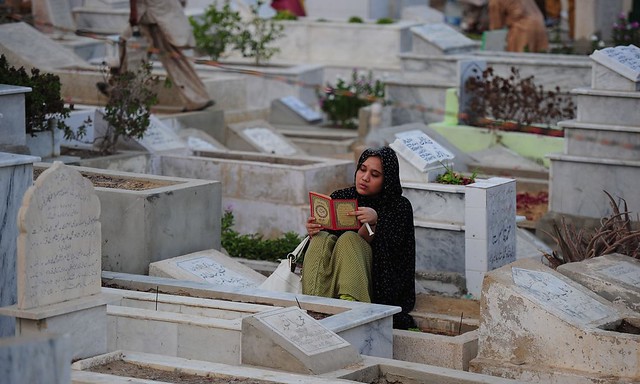 The scholars told that the man shall be a pious one, but to reach a conclusion, they shall inquire from the family of the deceased.

The scholars went to his family and asked about his lifestyle and good habits. They learned that the man was a good one who would recite the Quran daily even though he did not know how to recite it.

He would run his finger over an Ayah and claim that verily Allah has spoken the truth here.

He would do so every day after the Fajr prayers. The scholars claimed that this was the very reason for the beautiful scent from his grave.

Even though he did not have the ability to read the Quran he would open it and claim that every written line is true. May Allah also give us the same iman: iman that will help us to read the Quran daily and love it.

He embraced Islam just before his death, I saw him in a dream