Have you ever heard of the fact that when Prophet Muhammad ﷺ was going to the heavens (Israʾ and Miʿraj) He smelled the fragrance of Jannah from Egypt? Well, a Hadith is there to support this.

The fragrance from a mass grave

Jibril عَلَيْهِ ٱلسَّلَامُ said: “This is the fragrance of the grave of the hairdresser and her two sons and her husband.”

Prophet Khidr عليه السلام, who was one of the nobles of Bani Israel, used to pass by a monk in his cell. The monk used to meet him and he taught him, Islam. 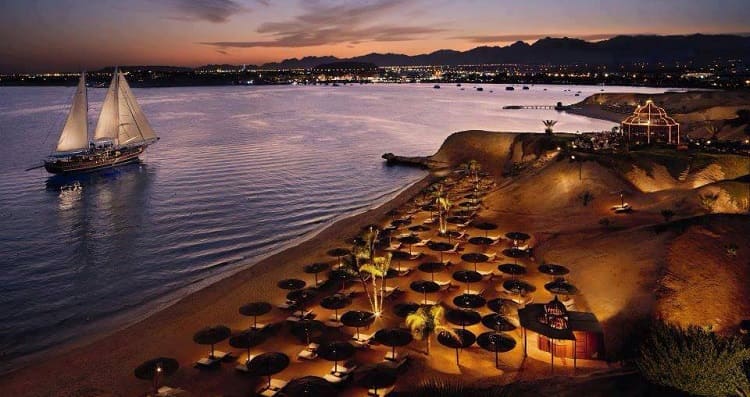 When Prophet Khidr عليه السلام reached adolescence, his father married him to a woman.  Khidr taught her about Islam and promised not to tell anyone about the fact that Khidr was a Muslim. He used not to touch women, so he divorced her.

Then his father married him to another woman, and Prophet Khidr عليه السلام taught her Islam and made her promise not to tell anyone. One of them kept the secret but the other disclosed it, so he fled until he came to an island in the sea.

Two men came, gathering firewood, and saw him. One of them kept the secret but the other disclosed it and said: ‘I have seen Khidr.’ It was said: ‘Who else saw him beside you?’ He said: ‘So-and-so.’ (The other man) was questioned but he kept silent. According to their religion, the liar was to be killed.

The wife of Khidr in Pharoah House

The woman who had kept the secret got married, and while she was combing the hair of Pharoah’s daughter, she dropped the comb and said: ‘May Pharoah perish!’.

The daughter told her father about that. The woman had two sons and a husband. Pharaoh sent for them and tried to make the woman and her husband give up their religion, but they refused.

The last wish of Khidr’s wife