A very rarely visited salty lagoon in Jeddah is now host to quadrillions of unusual visitors in the summertime. These visitors will, however, be here for a very limited period of time, just until the temperatures of the salty lagoon fall below 21 Celsius.

These guests have been visiting various comfortable salt ponds or lakes for the last 3.5 billion years approximately. Whenever they come to town, they paint it pink. HA or Halophilic archaebacteria are some of the oldest life forms to exist on earth and are supposedly satisfied easily judging upon their version of the summer holiday activities.

Even a single drop of the brine which they thrive in will contain millions of these rod-shaped bacteria cells. These bacteria will be producing a red carotenoid pigment which is very similar to those found in red peppers, pink flamingos, and tomatoes. 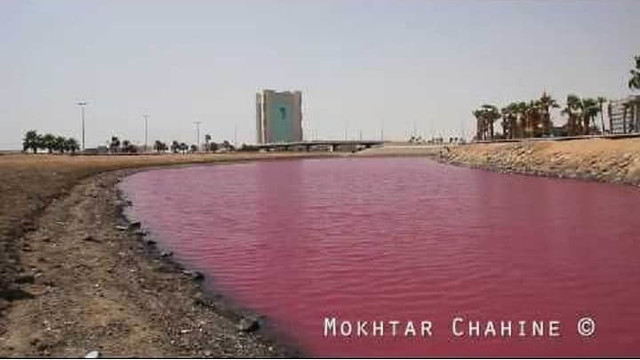 They love Salty Lakes: These Carotenoid pigments are additionally a source of Beta-carotene which is an extremely important antioxidant and also the precursor of vitamin A. This red pigment is what probably protects these bacteria from the damage caused by exposure to the direct sunlight.

Halophilic salt-loving bacteria will thrive in the salty lakes which have a salt concentration of around 15 to 30 percent which is approximately around 4 to 9 times the salinity or salt levels of seawater, which is only 3.5 percent.

They belong to the Archaea Kingdom: These bacteria can also live in saturated salt and also remain alive inside the salt crystals for several years. These bacteria can however not survive in these salty lakes if the salt concentration in the water drops anywhere below 12 percent. There are very few life forms which exist on earth which have adapted to such extreme salinity.

All of the living things on earth have been classified into six different Kingdoms. The Archaebacterial is the oldest living thing on earth. These bacteria are prokaryotes and are unicellular. They belong to the Archaea Kingdom. They had been discovered for the first time in 1977 and had been classified as bacteria. 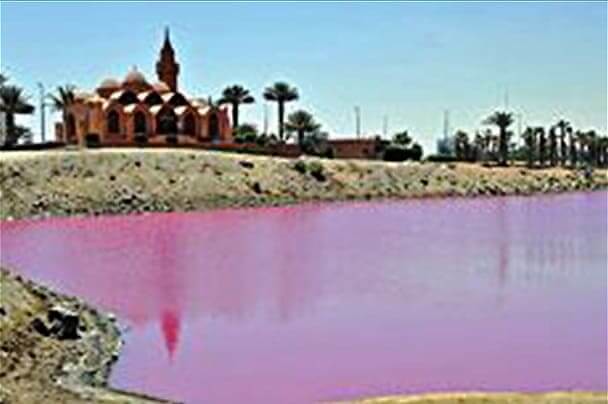 They are not dangerous: Though the strong pink and murky waters of the lagoon will look like something which is very dangerous or poisonous, however, the Halophilic archaebacteria family of bacteria do not produce any sort of toxic or poison waste.

The Halophilic archaebacteria family of bacteria also does not produce any foul smell, however, it will cause the water to taste really awful (do not drink).

A billion year History: While it is still open to the public, this lagoon is providing a perfect example of the tenacity of the various forms of life on earth and also provides us with a moment of humbleness.

It is very likely that by looking at this pink water, you are watching billions of years of history dating back to the time of the first living forms on earth.

7 Historical Gates to the Beautiful City of Jeddah