Home Driving in KSA Other Driving Issues Why is the inside of the car hotter than outside during Summer?

Especially while living in Saudi Arabia, you must have experience that the interior of a car parked under Sun is way hotter than the outside temperature. Ever wondered why does it happen? This question arises in many minds.

As we all know that during summer the earth is as hot as it could be. The scorching sun rudely heats the earth surface and all the things around our surroundings. When we park the cars in the summer season, the direct heat of the sun makes it hot from outside as well as from the inside.

Open the doors or glasses of the car: There is no doubt on the saying that when the car cools down from outside, but the inside of the car still remains hot, and sometimes it makes unbearable to sit in the car.

However, I have often seen people open the doors or glasses of the car for some minutes before getting seated in the car. One answer to this question is it can be a result of the greenhouse effect.

Greenhouse Effect: As in the greenhouse effect, the radiations from the atmosphere of the earth warms the surface of the planet from the actual temperature. During this phenomena, the sunlight and heat travel from the sun to a visible part of the spectrum and reach the surface of the car through the glasses and its outer body, where it gets trapped inside the car and is absorbed by carpets, dashboards, and seats.

This absorption of the radiation later emits rays though radiations which is a form of energy. So every object inside the car emits energy and make it hotter from outside temperature. Human beings emit invisible radiations around 100 degrees F. 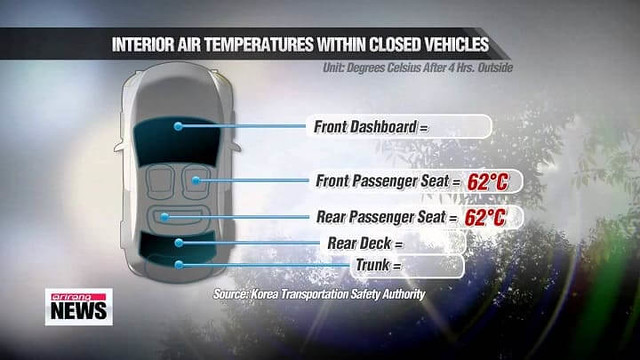 One simple reason is when all the heat and light from the sun falls directly on the car the internal side of the car gets much hotter because the car is sealed and the heat cannot find its path to expel out. The outside of the car is exposed to the atmosphere where the outer air makes the car body to cool down, but the temperature inside remains high. 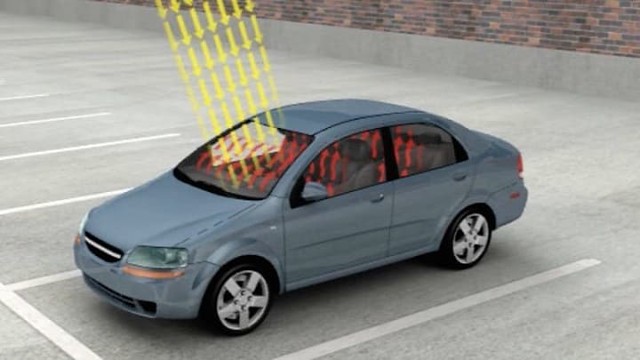 The heat and light enter the car from its glasses, this is why we have often heard the car should have tinted glass or should be covered or the screen should be covered when the car is parked. We should never let a child or any pet animal sit in the sealed and parked car alone even if the temperature outside is 10 degrees C because the interior car temperature can still rise up to 25 degrees C.

Why the RPM goes up when we start car engine?