Home Islam Prophet's Stories Why Hazrat Noah A.S. collected a pair of each species on his...

Also, both sources have revealed interesting stories of some of the Prophets. Here we will share some incidents and authentic stories of Hazrat Noah A.S.

After a great many years, Adam and Hawwa (may Allah be pleased with both) had children, grandchildren and also great-grandchildren.

A significant population resided on earth now. However not all were good, there were many disbelievers now. They did not carry out Allah’s order and did what they liked.

There was a need to educate them, to tell them that Allah Almighty had created them and He wants them to abide by his instructions.

Thereby one of the pious believer, Hazrat Noah A.S. (may Allah be pleased with him) was selected to preach Allah’s teaching and commandments.

When the ark was finally built, he placed food into the ark. He also collected believers to come along with him in the ark. Also, a pair of many kinds of animals was taken along. 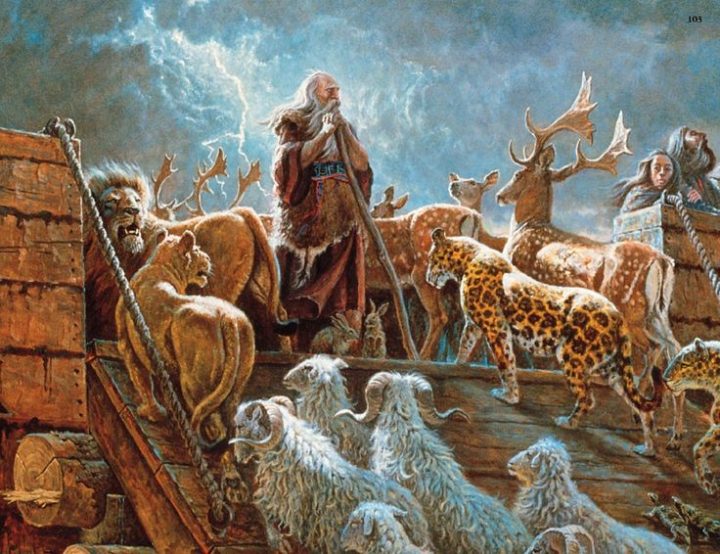 Soon, the rain started. This started as a slow and present rain, ended up with a drastic flood!

The rain grew heavier and heavier and there was water all around. The bad people got frightened and scared of the huge flood that had hit them.

Only the people in the ark were safe from Allah’s punishment! It is also called the smaller Qyamah. The only creatures survived that time were those who were in the Ark.

There are many stories about where Hazrat Noah A.S. Ark landed on the earth. We have covered this in detail in another article giving references to Bible and Quran.

The grave of Hazrat Noah A.S. is in Karak Jordan. We have published a picture of his tomb in the Jordan above.