Home Social Issues Saudi Culture Why do we forgive our sons but not daughters for immoral acts?

Every single time, that I have read a piece about a woman who has run away from her home, or a young woman who has been caught with a non-relative man, or has been busted with drugs, there is immense sadness which takes over.

The only silver lining which I see out of each and every piece is a positive follow up a story about the very same woman and how she has learned a lesson during her time in prison and she also repents her actions.

Parents refuse to accept such women

This is however short lived. Naturally, everybody is left staggered when they read about a guardian or father of the convicted young women who straight out refuse to collect their daughter who has become a righteous and good person.

Regardless of how hard people try in order to convince a father, he remains adamant and refuses to be associated with their own daughter. It is mind-boggling why the fathers do this, especially at such a time, when the daughter needs them the most. Why do they take the easy way out and abandon their own blood?

Your daughter needs a second chance

These young women have made a mistake, much like young men and every other human being, and they have paid the price and repented in prison for having brought dishonor to the family.

Fathers, being men, often tend to forget some mistakes that they must have done in their lives, and their parents forgave them. Do their daughters not deserve a similar chance?

Why do you forgive your sons?

Why do they have separate values for men and different for the women? How dare they deem it fit to forgive themselves but not their daughters? Some might say that the fathers are to blame for the mistakes committed by their daughter. Where had they been while their daughters were heading down the wrong path? 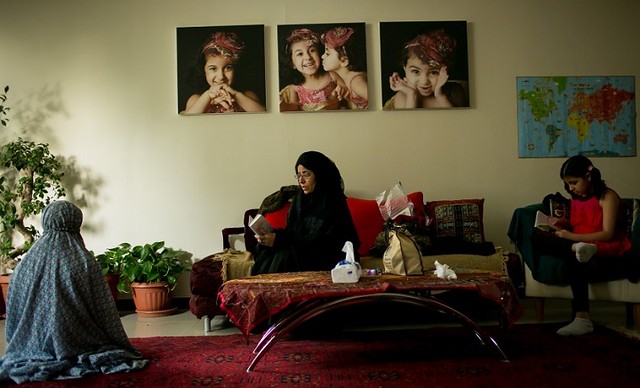 I cannot say if the readers will agree upon this issue or not, however, I would like to say that a man who stands by his wife through thick and thin is someone to be respected far more than some weak man who leaves their wife or daughter at the first problem or first instance of trouble.

There are some men out there who have supported their wives and daughters when the society accused them of immoral acts and all sorts of accusations, and they are men who should be truly respected.

Men have also hired lawyers and given their full-on support to acquit their wives and daughters of any fraudulent or wrongful accusations placed upon them.