Home Travelling from KSA Airlines Experiences Why do Airplanes have round windows?

Though almost everyone who travels through airplane at least once in the flight tries to see through the windows of an airplane everyone who has traveled in the airplane may not have thought that the windows are round and not in square shape.

However, there are interesting facts behind circular windows. Experts and aerospace engineers have made remarkable advances and achievements in airplane technology. Efforts are being put in improving the airplanes in all aspects. 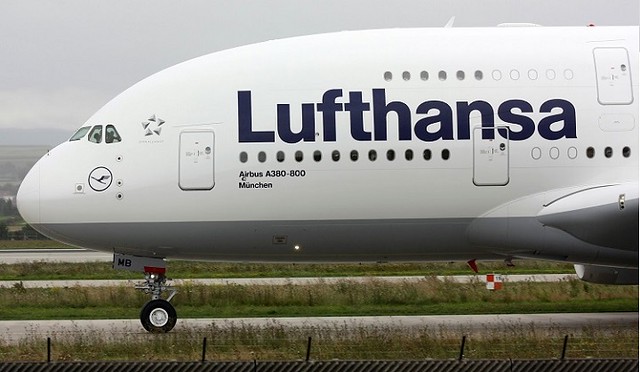 Airplanes are made comfortable for passengers. More and more facilities are provided on board and the plane made today cannot be compared with the planes those carried passengers initially.

Planes of these days go faster than those manufactured initially and these planes are more spacious, carry more luggage and more passengers. The shape and design of planes have also changed a lot for purposes including the safety of passengers.

The design of windows has also changed from the initial design. In the year 1950 onwards when the jetliners were the most common air crafts, another plane “de Havilland Comet” was introduced in the airplane industry.

The cabin of this airplane was built in a special way and because of that cabin, this airplane could go higher and faster than any other aircraft of that time.

The windows of this aircraft were designed square and in the year 1953 two airplanes crashed in the air and 56 people were killed in this incident. The planes fell apart high in the air causing heavy losses to human lives as well as airlines operating the airplanes.

It showed that the planes were crashed because of square-shaped windows. Experts explain that where there is a corner in the aircraft’s body, that corner is a weak spot. 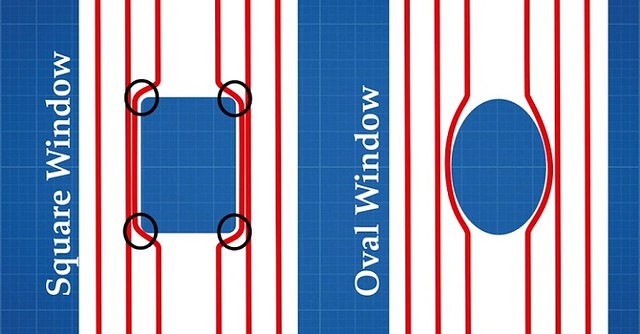 So when a window has four corners, it has, in fact, four weak points. Multiply the number of windows with 4 to get the number of weak points in the design of an airplane. These points can easily crash under stress laid on them by high air pressure during flight.

The windows of airplanes are now curved because the stress that may crack the window from its weak spots in the square shape is now distributed because of rounded shape when the air pressure distribute the chances of cracking up are reduced.