Home Social Issues Pakistani Culture Why a Banyan Tree is arrested in Pakistan for 100 years?

An under arrest Tree

A banyan tree in Landi Kotal Pakistan, locked in chains, is under arrest for the last 120 years. The story behind this strange act is worth reading.

If you enter Pakistan’s Landi Kotal cantonment area, be prepared to be puzzled by a strange scene. A tree is chained and manacles to avoid it from moving, a reason many of you would find illogical.

The arrested Banyan tree is situated in the town’s army cantonment in the North West ethnic district of Pakistan called FATA. 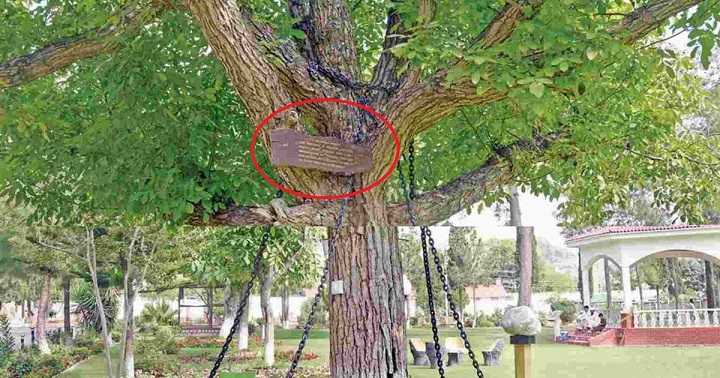 The tree was arrested in 1898 when a British army administrator, James Squid, under the effect of alcohol thought that the tree was moving towards him. The officer was scared from the tree’s effort and so wanted to teach a lesson to the criminal.

In order to stop the tree from moving, the British officer planned the mess sergeant to take the tree into custody. The criminal tree was chained, most probably to stop it from doing the wrong act, and remains chained till today, 74 years after the end of British grand rule. 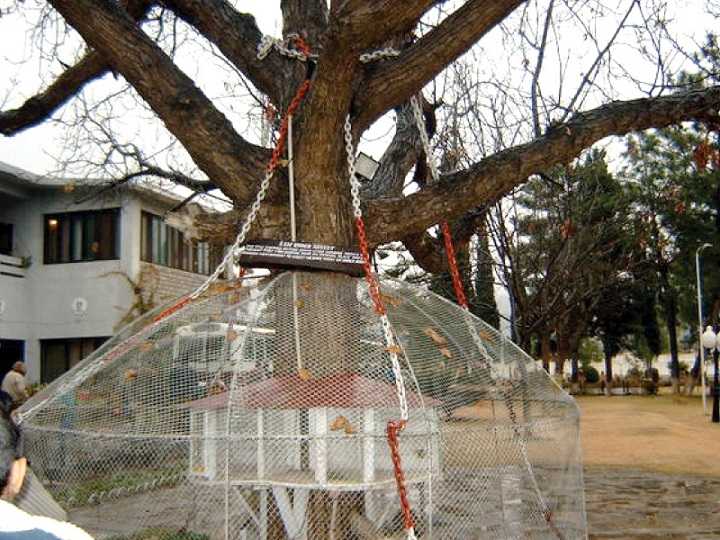 What was the intention behind the arrest?

According to some residents, this work was done with the intention to threaten locals as the British indirectly warned the locals that they would be similarly treated if they went against the Law.

Whatever the case may be, the arrested Banyan tree in the Landi Kotal area of Pakistan has made the region famous among people who come to have a look at this strange sight. 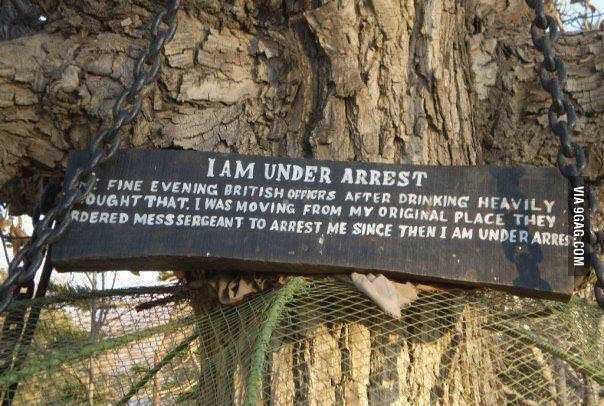 I AM UNDER ARREST

A board is hanging on it, which says:  “I AM UNDER ARREST.’ ‘One evening a deeply drunk British officer thought that I was moving towards him from my original location and so ordered Mess Sergeant to arrest me. That is why I am under arrest’.