Hajr-e-Aswad was sent to Prophet Ibrahim عليه السلام from the heavens by Allah Almighty. Then he was asked to set the stone at a corner of the  Holy Kaaba.  The tawaf starts and ends at the black stone. 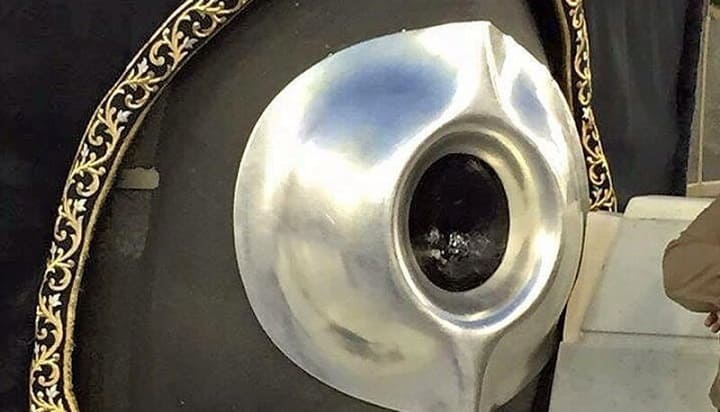 24 guards protect it for 24 hours: The guard stands there holding onto a rope. For every hour, a different guard is appointed. So 24 guards change shifts after every hour in 24 hours.

Each guard appointed for an hour has various tasks to perform. The guard must remain alert to the happening around. 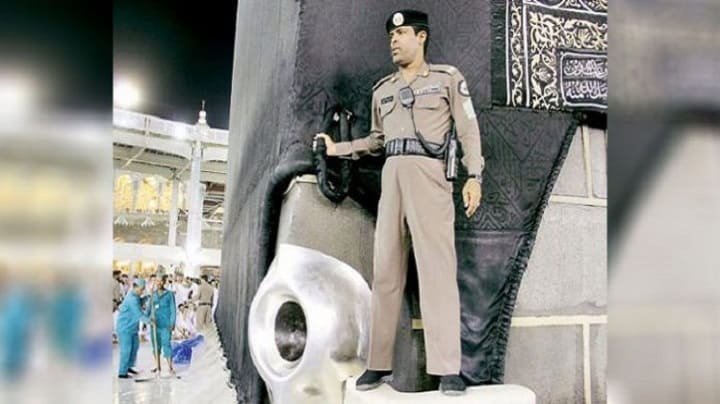 He must not only protect the black stone but shall also be vigilant about the surroundings. He must see that if anyone needs medical assistance. During Hajj days, due to a large number of people around the Holy Kaaba, accidents and suffocation occur. 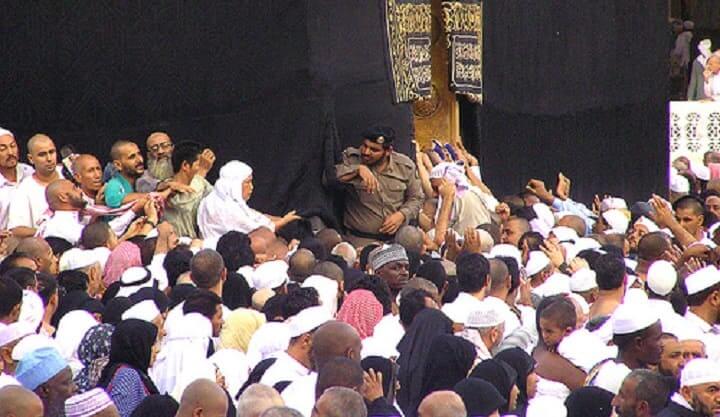