Home General Information Unknown Facts about the World Why are 11 days missing in September 1752 calendar?

Though it may seem strange at first, there is surely a reason for the 11 missing days from the calendar of the month of September 1752.

Why are 11 days missing in the calendar of September 1752? 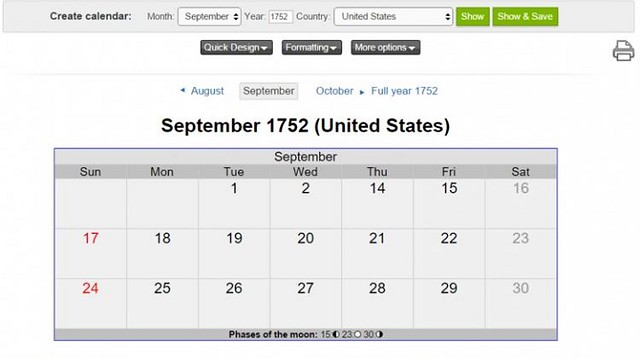 Since this was a major issue in consolidating the two calendars, the King of England at the time, King George II, ordered that 11 days be completely removed from the month of September in 1752.

What was the Roman Julian Calendar?

What was the impact on the monthly salary?

As a direct consequence of the order of the King of England at the time, all the workers worked for September 1752 which had 11 calendar days removed from it, however, the government did not use it as a reason to pay them less than their monthly salary.

This move was what originally created the idea of paid leave. Long Live the King!! (Now you know who to thank for the paid leave). Recommended: Saudi Employers should pay salary according to Hijri Calendar 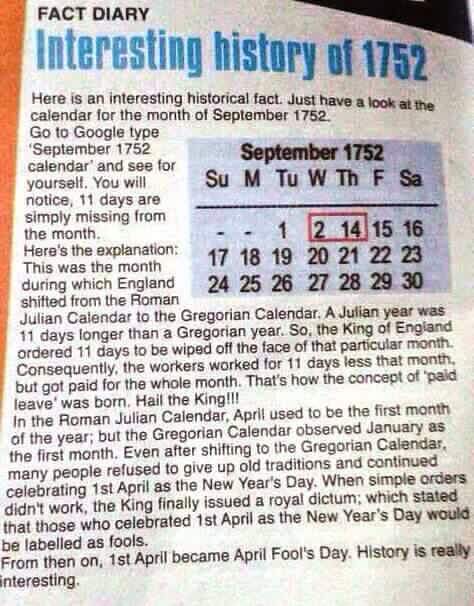 Is April Fool have a relationship with it?

As a result, the King thought of taking further action, hence he issued a statement that all of those individuals, who had been involved in celebrating the first of April as the first day of the New Year, would be simply labeled as a fool for doing so.

Well, you might have guessed it by now, if you haven’t, this is the exact moment in history that the 1st of April became the April fool’s day. Therefore, the reason we celebrate April Fool’s Day has roots with missing 11 days in September 1752 calendar.