An image has been viral in the social media in which the profile page and comment of a Jeddah resident are displayed.

In the comment, which is most probably under a video of Rohingya Muslim killing, he has said that “Myanmar is doing a great job. We Indians should also do the same thing in West Bengal and Kashmir. Love you Myanmar, keep it up!” 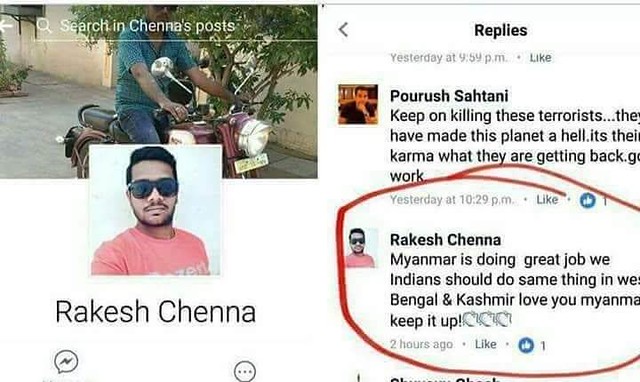 Tarish Khan: I sent an email to Forever Living and this is what they replied to me. 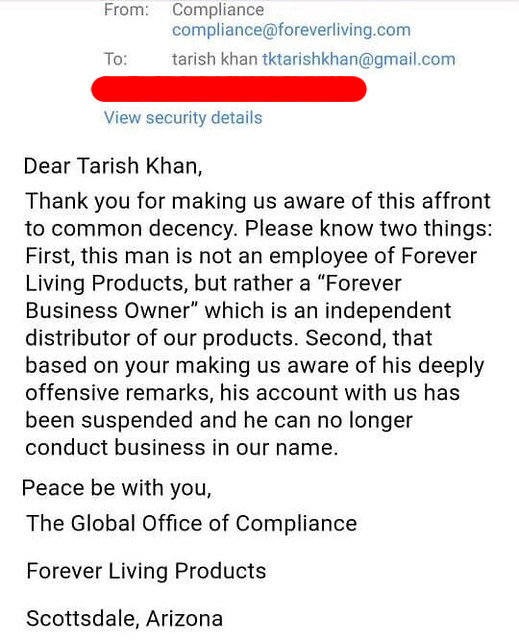 We tried to search his profile on Facebook but could not get any success. We have also found his Linkedin Profile where it is mentioned that he used to be a Rowpu Operator in a company called “KBR” from 2008 to 2014.

KBR employs over 34,000 people worldwide (including our joint ventures), with customers in more than 80 countries, and operations in 40 countries.

If you or anyone knows about Rakesh Chenna, you can directly go to the Police Station in Saudi Arabia and register a complaint against him under the Cyber Law.