The pictures of a man went viral on social media as he died in Sujood in Masjid al Nabawi, Madina during the Jumah prayer. Who was that man?

Who was that man?

As soon as the security staff was informed, they covered the dead man with a prayer mat.

The ambulance was called immediately and the initial reports proclaimed that a Pakistani man had died in Sajood while he was offering his Friday Prayers. 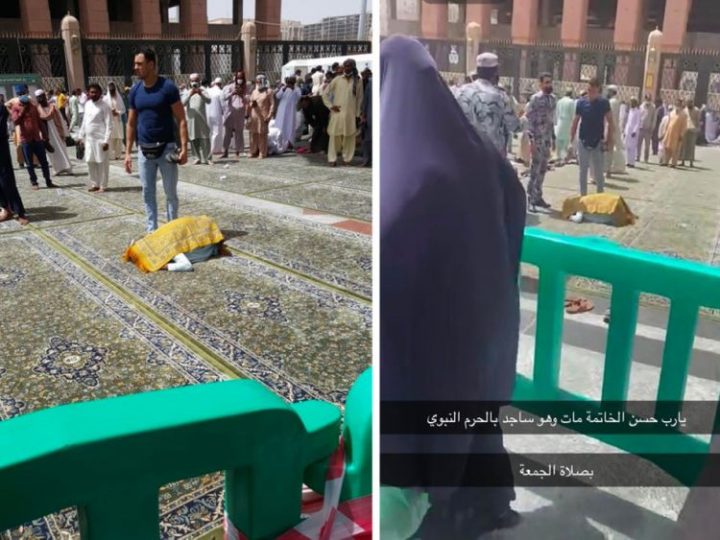 The man proclaimed dead was alive

The ambulance shifted the man who was proclaimed dead by worshippers to a nearby local hospital where it was found that he was alive.

He had fainted while offering the Juma prayer as revealed by Khalid Al Sahli, spokesman of the Red Crescent Authority. No other details such as name and nationality were shared.

What is the lesson?

We often hear such stories from the nearby mosques, Masjid al-Haram as well as Masjid al-Nabawi of a man who died during sujood.

Rather than covering the body with a prayer mat, we should help the person. He might be in need of emergency help that can save his life.