Mahadi J Akib, a student of Chittagong Medical College (CMC) is studying MBBS there and is currently in his second year. Unfortunately, he was attacked by some students and underwent some serious head injuries.

Assistant Professor Mahfuzul Quader, the in-charge of the surgery, told that the student was rushed with severe head injuries to the hospital. He has injuries on his brain and skull.

Now, a part of his skull has been removed. It has been placed under his abdomen until it shows some improvement. If it does, it would be placed back in its original position. 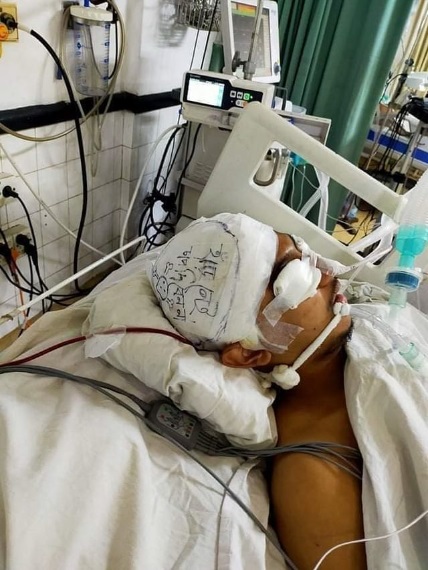 His head is fully covered with bandages inked with words that make eyes teary: “No bones, don’t push!“