Stage 1: Writing down the Holy Quran during the lifetime of the Holy Prophet S.A.W

He had bestowed down the duty to some writers to copy down the Ayats. The scribers would thereby, under instructions of Holy Prophet PBUH would jot down the Ayats upon paper parchments, leaves, leather, and other material.

The evidence suggests that the entire Holy Quran was written during the life of the Holy Prophet PBUH. The manner every ayah is placed today remains the same since then. The Prophet PBUH would guide the writers about the placement of Ayahs. 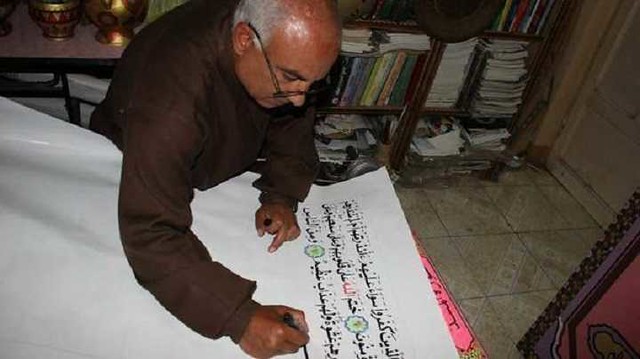 The writers would obey the Prophet PBUH and would place ayah in the Surah as directed. The scribers never gave suggestions nor interfered in the order of ayahs to be placed. The names of Surahs were allotted and known at the time of Holy Prophet PBUH.

Hazrat Zaid bin Thabit, one of the scribers told that the Holy Quran compiled under the invigilation of the Holy Prophet PBUH. In order to make sure that no mistake has been made while jotting down the Quran, Gabriel A.S would come down every Ramadan and would listen to the recitation of Holy Quran by the Prophet PBUH.

The Holy Quran was given the shape of a book during the caliphate of Hazrat Abu Bakr. According to the narration of Zaid bin Thabit in Sahih Bukhari, soon after the death of the Holy Prophet PBUH, a man named Muslimah claimed himself to be the Prophet.

The Muslims got furious and thereby Abu Bakr R.A, the Caliph sent down a number of Muslims to rage a war against him. The Muslim army fought a battle at Yamamah in 632 A.D. The intense battle made Muslims suffer from loss of many Hafiz-e-Quran. 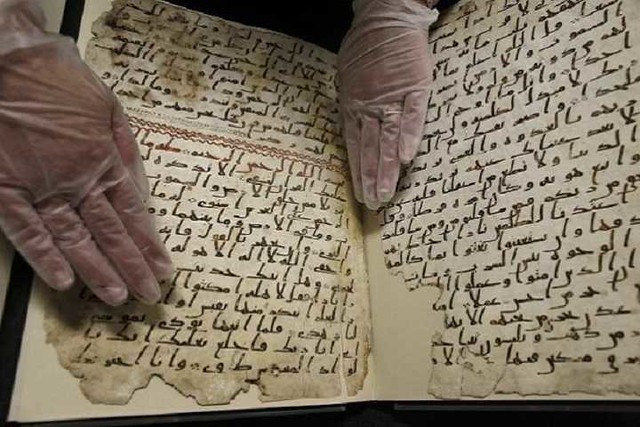 The Muslim army consisted of a number of those who had learned Quran by heart. Many of these Quran Hafiz got martyred during the war. This was something that alarmed Omar bin Khattab R.A. It came to him that if Quran Hafiz died in such great numbers, soon the Muslim Ummah would lose the major portion of the Quran.

It stuck to him that the Quran should be compiled in a form of a book so that it shall remain safe. He went to Hazrat Abu Bakr and briefed him about the idea. The Caliph was shocked. He could not take such a huge step! This was a serious matter for him; he told Omar that he cannot do this. If this was to be done, it should have been done by the Holy Prophet PBUH.

He rejected the idea saying that if Holy Prophet PBUH did not deem it necessary, and thereby it shall not be done. However, Omar (may Allah be pleased with him) continued to persist. Soon Allah Almighty opened up the heart of the Caliph and he agreed upon it.

The Caliph called upon Hazrat Zain bin Thabit and asked him to compile the Holy Quran. He said it is a difficult task. He told that if he was asked to shift a mountain, he would find that easier than this task. Hazrat Zaid bin Thabit was reluctant to perform the task and told that it was something that Holy Prophet PBUH never asked for.

But Abu Bakr kept on insisting until the heart of Zaid opened up and he agreed for it. Hazrat Zaid bin Thabit (R.A) along with other scribers undertook the mission of compiling the Holy Quran. They collected all the bits of the Quran and started to write it down carefully and would crosscheck each ayah.

When their task got completed and the Holy Quran was compiled into a book, it was handed down to the Caliph Abu Bakr. After his death, the caliphate went down to Omar bin Khattab and he became the custodian of the volume.

Stage 3: Punctuation during the reign of Usman bin Affan R.A

Yet when they would recite the Holy Quran, there was a difference in pronunciation. Hazrat Hudaifah bin Yaman, one who had made Muslims turn out victorious in countries like Syria, Iraq, Armenia, and Azerbaijan reported that he had heard the difference in recitation by people of these countries. 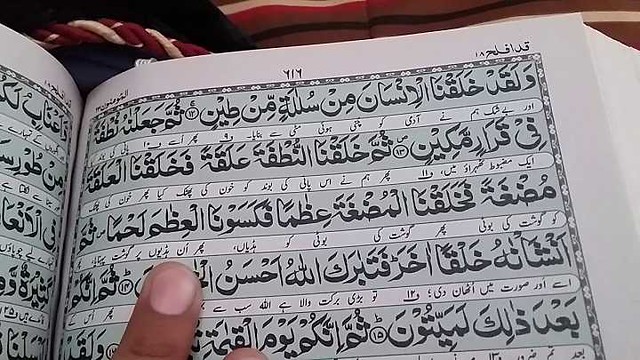 When Usman was filled in with the news, he got depressed. This could raise conflicts among the Muslim ummah. He got worried and asked Hazrat Zaid bin Thabit to make copies of Quran with punctuation. The original volume that was in the custody of Hazrat Hafsa bin Omar, was taken.

She gave the copy when the Caliph asked that it would be returned shortly. The copies were made by a committee which consisted of Hazrat Zaid, Hazrat Abdullah bin Zubair, Hazrat Sa’id bin Al A’as and Hazrat Abdur Rahman bin Harith (rad).

They were instructed that upon any disagreement, the Ayah shall be written in the pronunciation of Quraish. Once the committee was done with their task, they sent down the original copy to Hazrat Hafsa and the rest were distributed among different nations were Islam was spreading.