Saudi Historian, Abdullah Al Imrani has narrated that in the 1950s there was a female tuberculosis patient who was in a critical position. She was in Haqal and had to be shifted to a Chest hospital which was in Taif.

Dr. Muhammad Jalal of the Haqal Polyclinic told that the patient cannot travel through a car and should be shifted through an Air Ambulance. However, there was no runway to take off a plane in Haql.

The doctor said he has no authority over airlifting the sick woman, rather the governor Faisal bin Abdul Aziz had the authority. He was the governor of that region at that time. 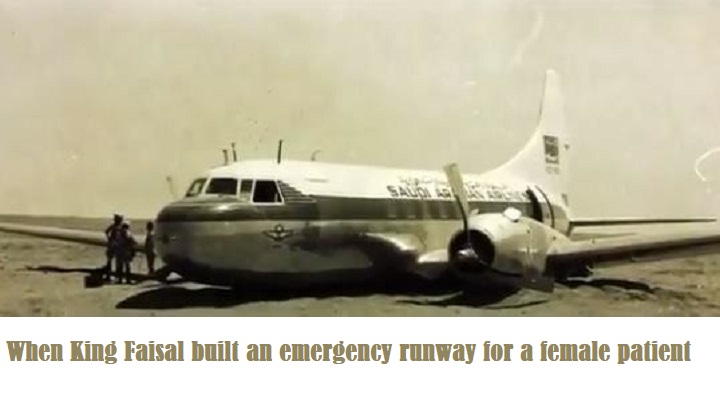 Thereby, the governor (King Faisal) was approached and as soon as he was made aware of the sick woman, he ordered to build an emergency runway. The woman was then taken to the Taif’s chest hospital.