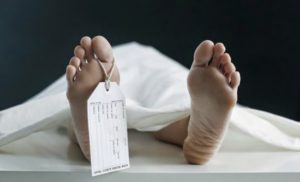 They will have to transfer the sponsorship to the name of his brother/son or any other close relative. personnel can complete the work on his behalf & after some time ultimately his son(if adult) will become your sponsor otherwise his wife.

I think this is against the human rights since a domestic worker is employed by a Kafeel/Sponsor. After the death of the Kafeel, she needs to be given an option to transfer the sponsorship to another Kafeel (his son) or Ministry of Interior should process final exit. It is not a business where rules of heritage will apply. Domestic workers are living human beings so they should not be treated like this. A source at the National Society for Human Rights (NSHR) said the organization had submitted a study to the government with recommendations on reforming the sponsorship system. “If adopted, the recommendations contained in the study will end many of the problems resulting from the current system,” he said.

How to Apply for Saudi Green Card (Premium Residency)?

How to book a COVID-19 test appointment?

Apply for a movement permit during curfew in KSA

How to remove curfew violation fine in Saudi Arabia?

How to check curfew violation fine in Saudi Arabia?

How to apply for Mumaris plus renewal?