Home Travelling from KSA Passport & Visa Issues What is your nationality if you are born during a flight?

We get to read these fascinating sky born stories many times in newspapers or on social media. In June 2016, there was a story highlighted by social media of a baby who was born on a Dubai-Manila flight. Aircraft, Boeing 777, carrying passengers from Dubai to Manila included a pregnant woman among the passengers.

The flight was on its route from Jeddah, in Saudi Arabia, to New York’s John F. Kennedy (JFK) airport when it was decided to change the track and divert to London. The landing was made on an emergency basis because of a pregnant woman on the plane who went into labor. Another story of sky born baby occurred on 22nd April 2016 on a Jetstar flight.

A woman gave birth to a baby boy. Media Company in Australia called Fairfax Media reported about the woman that they saw her giving birth to a baby boy during the flight from Singapore to Myanmar with the coordination and help of the cabin crew and three doctors available onboard.

The woman, Saw Ler Htu, named her child Saw Jetstar as an expression of gratitude to the airline, their cabin crew members, and doctors on board. 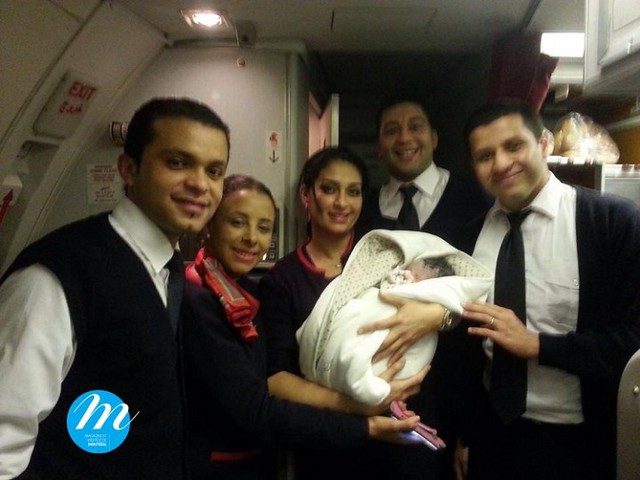 Basically, behind these fascinating sky born stories, the main question arises which is of the nationality of the Child who was born in mid-air. What is going to be his nationality? One common myth is that usually; we consider that the mid-flight babies will get to have a lifetime free air ticket supply.

Although some babies are rewarded with it that is not the case always. So, don’t go heavily pregnant on a plane with the hope of getting lifetime free airline tickets for your child. The important issue is about the nationality the child gets.

What would be the nationality of the baby?

According to the (UN) United Nations, if a child was born mid-flight, it is considered to be born in a country from where the respective airline belongs or is registered but still, it doesn’t solve nationality or citizenship problems. Mostly the child gets the nationality of his parents or from a country where the airline is enrolled.

However, there are few exceptional cases in which the scenario is different if a child is born on United States soil or within United States water boundaries. Besides all these terms and conditions and rare cases, if your child is born over the United States in a foreign plane with parents holding foreign citizenship, you can claim for a US citizenship. We have covered the birth of the child, but do you know what happens when a passenger dies on a plane?