Home Social Issues Islamic Information What is the reality of Floating Rock Miracle?

A Miracle Rock which floats in the Air

A few days ago, I was going through a post depicting a miracle stone or floating or hanging rock in the air in Saudi Arabia. The image of the rock showed a huge stone suspended in the air. I was amazed to see this! The rock is quite huge: how can it nullify the effect of gravity?

Interestingly it was claimed that the floating rock or the stone hanging in the air is in Saudi Arabia. Oh well, how is that I wasn’t aware of it? So I started to discover facts about it and ended up with three stories attached to the floating rock! The internet is full of these 3 fake stories:

3 Stories about the Floating Rock

The rock wanted to follow the Prophet PBUH and thereby elevated. But the Prophet PBUH asked it to stop and it stopped where it was. Hence it remained elevated in the air since then and therefore it is called a floating rock or stone. 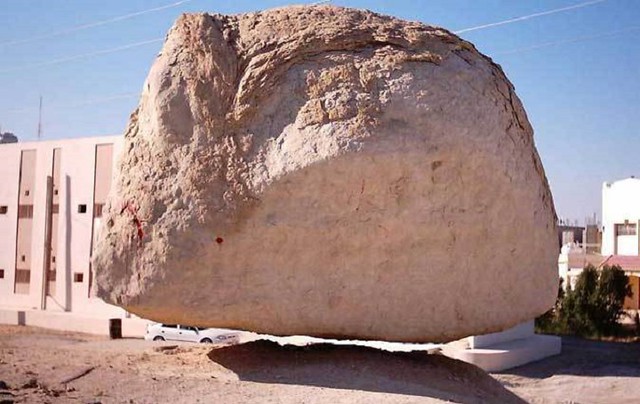 2-According to the second story, the floating stone in the air is being protected by the Israeli soldiers in Palestine, not Saudi Arabia. The miracle rock rests in the dome of rocks and soldiers won’t allow it to be seen as they want to protect the miracle.

3-The third and the most interesting story attached to the floating rock is that it is in Saudi Arabia. It is located in the village of Al Hasa. It does not remain suspended for the whole year. It only elevates once a year.

It comes up from the ground every April for some time and then sits back. People say the stone leaves the ground and floats in the air at a height of 10 cm.

What is the reality behind Floating Rock? 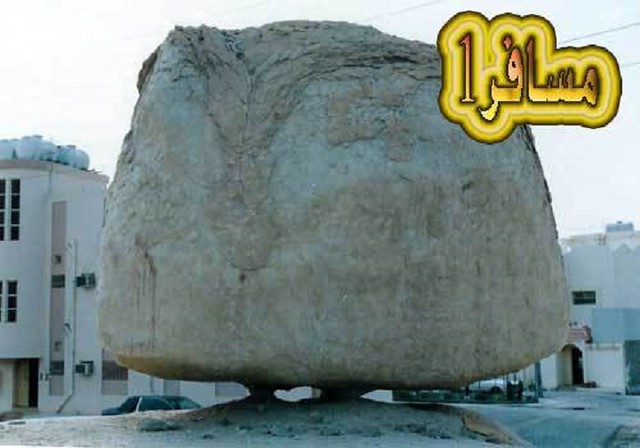 We live in the 21st century; we ought to know about the world. If this rock was really such wonder, it must have caught due attention. If the stories were true, People from all over the world must have visited it, the rock must have been a great tourist spot.

The Saudi authorities must have made it public; they would not have kept it a secret. Even if it elevates in April, it must have been got coverage, but there is no video recording. The only evidence is a picture. Yes, only a picture is there on the internet that relates that the stone is suspended in the air.

Therefore, as the stories of floating stone in the air in Saudi Arabia are false, so is the picture. The picture has been edited. Someone edited the picture and removed the small rocks beneath it which support the rock.

If you see the real picture, there are small rocks beneath the huge rock that support it. So here is the reality of miraculous rock: no miracle only editing!