Home Islam Islamic values What is reality behind the inside pictures of Roda Rasool?

As seen today very commonly, numerous fake videos and pictures are published on social media, showing the grave of PROPHET MUHAMMAD S.A.W wrapped in green drapes of clothes inside the Roda Rasool.

Many other images present three graves inside the hujra-e-Mubarak Rasool. One of the three graves belong to Prophet Muhammad S.A.W, the second belongs to Hazrat Abubakar Siddique (R.A) and Hazrat Umer Razi (R.A).

The protection committee of the Harmain Sharifain has especially taken very positive action as they made a video that is being played on the projector for all the Muslims around the world.

The video clarified the authenticity in which a presenter introduces the different parts of the Roda Rasool. This is the first time in the history, that the protection committee of the Harmain Sharifain has filmed the entire picture inside the Roda Rasool.

The main purpose of publishing this video on YouTube is to clear all the lies and rumors that are spreading on social media as no one has the right or authority to enter this place freely.

Roda Rasool has only one gate

In this video, there is only one gate that enters to Roda Rasool S.A.W and it is stated that there is no other entrance or door. This door is named as Bab-e-Syeda Fatima. 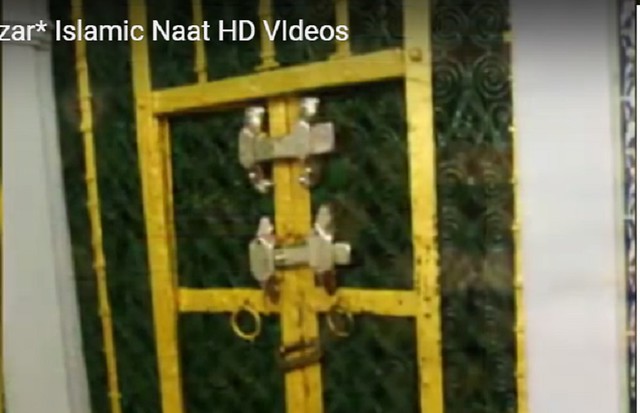 After entering through this door there is a big room situated next to it. The entire room is furnished with marble flooring that was used in the times of Shah Faisal. There is a big pillar at the corner of this room which is known as Mahrab-e-Fatima-tus-Zehra (R.A). 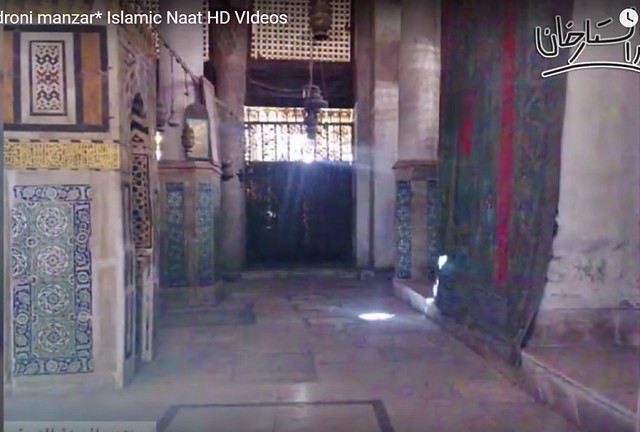 The place where worshippers offer salam at The Roda Rasool is called the MUHAJA SHARIF. This muhaja Sharifa contains three big holes. 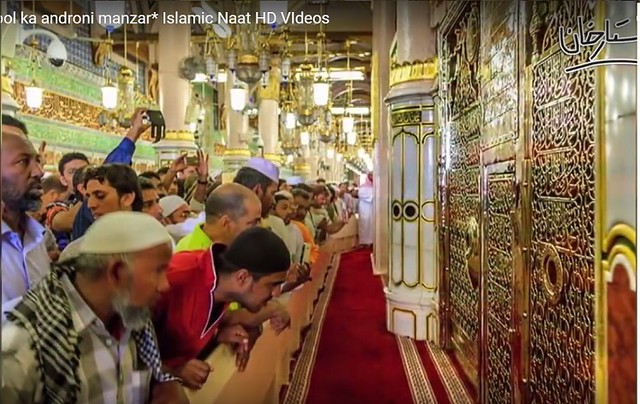 If worshippers try to see through these holes he/she can only see a green colored curtain from the holes. This green curtain covers the grave of the Holy Prophet Muhammad S.A.W. There is no wall; in fact, it’s a curtain between the wall which is 6 meters long. 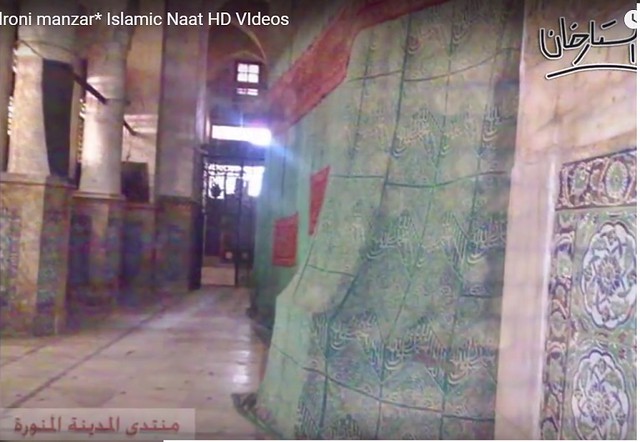 There is another wall inside the first wall boundary where the three graves are built. The video also presents a complete map of Roda Rasool which indicates that the green curtain hanging between the walls was built by Hazrat Umer bin Abdul Aziz (R.A) and there is no door on this wall. 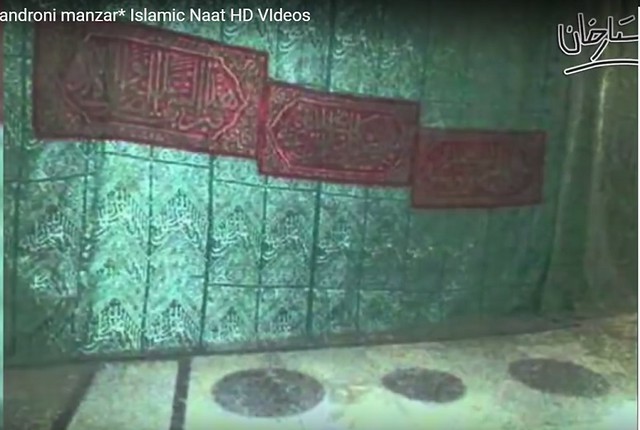 Hazrat Umer bin Abdul Aziz died in 101 Hijri year which means that this wall was built 1336 years ago. So to date, no one got the chance to enter this wall and the worshippers who have entered the Roda Rasool have never entered beyond the curtain.

They stand outside the curtain and offer prayers and they cannot see the graves. The video thus proves that the pictures and videos published on social media are all fake and it’s a meaningful action by non-Muslims to deceive Muslims all around the world.