Home Social Issues Islamic values What are the 8 gates of Jannah and who will enter from...

There are eight doors or gates of heaven, according to the religion Islam and each door or gate has a name, describing the kinds of people who will enter through those gates. According to some researchers, it is believed that these doors are found inside Jannah after entering the main gate. Just like gates of Jannah, there are 8 gates of Jahannum.

Narrated Abu Huraira: Allah’s Messenger (ﷺ) said, “When the month of Ramadan comes, the gates of Paradise are opened and the gates of the (Hell) Fire are closed, and the devils are chained.” – Sahih al-Bukhari 3277[irp]

1-Gate as Salat: People who regularly offer their prayers on time and observe their Salah will be allowed to enter through this door.

Narrated Abu Hurairah: that the Messenger of Allah (ﷺ) said: “And whoever is among the people of Salat, he will be called from the gate of Salat” – Jami` at-Tirmidhi Vol. 1, Book 46, Hadith 3674 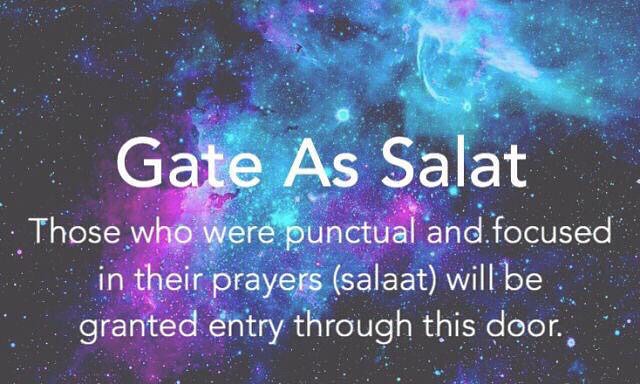 2-Gate Al Jihad: Those who involve themselves in Jihad and died in the protection of Islam would get the chance to enter through this door.

Narrated Abu Hurairah: that the Messenger of Allah (ﷺ) said: “and whoever was among from the people of Jihad, he will be called from the gate of Jihad.” – Jami` at-Tirmidhi Vol. 1, Book 46, Hadith 3674

3-Gate as Sadaqah: People who regularly give Sadaqah or donations will be allowed to enter into Jannah through this door.

Narrated Abu Hurairah: that the Messenger of Allah (ﷺ) said: “and whoever was among the people of charity, then he will be called from the gate of Sadaqah” – Jami` at-Tirmidhi Vol. 1, Book 46, Hadith 3674 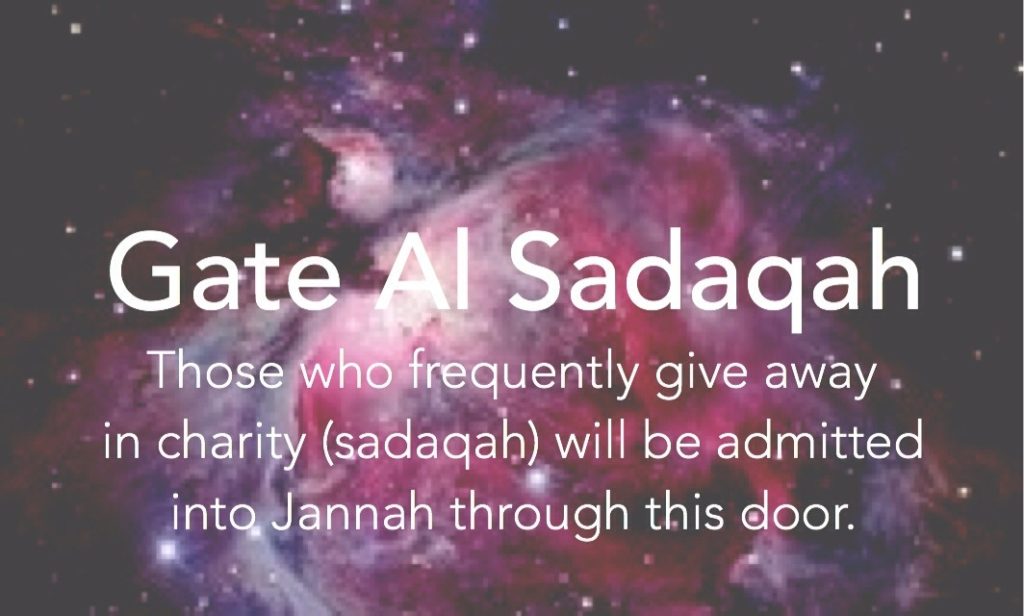 4-Gate Ar Rayyan: People who regularly fast (during the month of Ramadan especially) will enter through this door.

Narrated Sahl bin Sa`d: The Prophet (ﷺ) said, “Paradise has eight gates, and one of them is called Ar-Raiyan through which none will enter but those who observe fasting.” – Sahih al-Bukhari 3257

5-Gate Al Kaazimeen Al-Ghaiz Wal Aafina Anin Naas: Those who control their anger and forgive others will be granted to enter through this door and this is only reserved for such people.

6-Gate Al Hajj: People who perform the Hajj pilgrimage will be declared to enter through this door. 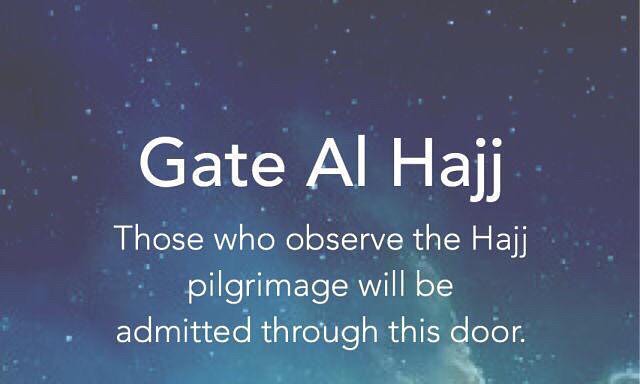 7-Gate Al Imaan: People who have a true belief in Allah with strong assurance and trust and obey the commands and follow the instructions of Allah would enter through this door and this door is reserved for this sole purpose.

8-Gate Al Zikr: Those who do zikr of Allah from the heart and always keep him in their thoughts will be admitted through this door.