There is a farm that belongs to an elderly woman who rents it out. Before renting the farm to Ali Habib, the farm was rented out to another person. Recently, Ali Habib discovered the remains of humans on the farm while he was cleaning it up.

Before holding any activity there, Ali Habib had to clear out the waste from there. As he was cleaning up the rented farm, he discovered a thighbone.

He first thought that it belonged to some dead animal. But to his surprise, there were undergarments and a ring along with the remains. This made him certain that humans were buried there. He dug up more and found that not one but multiple people were buried underneath.

The case went up to the concerned authorities who dug up the farm and found out that 5 Indian nationals were buried alive in 2010. 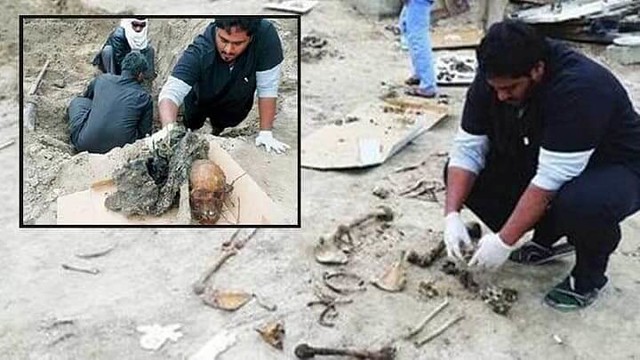 Their arms and legs were tied up with a rope

Their arms and legs were tied up with a rope and their mouth was filled with cotton and sealed with duct tape.

The investigation teams found out that the men were buried along with their ID cards which helped them to trace their nationality. The Eastern Province police came into action and started a hunch over the matter.

25 people had been arrested

As they were looking for the murderer, they were able to arrest 25 people who held a connection with the murder case of 5 Indian men. These suspects included both Saudi nationals and expats. The suspects were taken for investigation at the Safwa police station.

The case got solved when three men confessed to having killed the 5 Indian workers. The three men told in a hearing at the Qatif General Court that they were responsible for the murder of those 5 men. They also told that they tortured them physically for hours and then buried them alive at the farm. 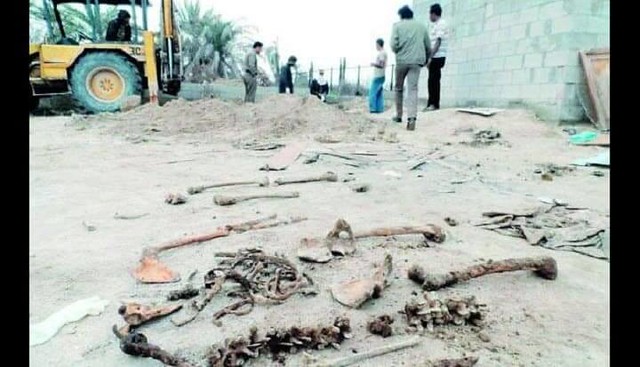 Why did they kill 5 Indians?

The people who confessed said that they reached the farm at about 10 at night and saw 5 men tied at the seating place because one of these men had sexually harassed his sponsor’s daughter. So, as a punishment, all 5 were tied up.

He further added that they went into another room and started having alcohol. He also said they smoked Hashish there. As we were doing so, they hear the men screaming in pain, it annoyed one of them and he went up to him and slapped hard on his face to make him quiet.

Another murderer later went out with a stick, hit the man until he started to bleed. They then took those 5 expats to another room and started beating them up.

They buried them with their ID cards

The host told his two friends that there was a hole near the farm’s entrance and that they shall bury them alive in that hole. The rest of the two friends agreed upon the disgusting idea and tied the five men with ropes and tapes so that they could not retaliate.

The host brought in a truck, the victims were loaded into it and were buried alive in the 2.5 meters’ deep hole. They buried them with their ID cards. The two friends left the place at the time of Morning Prayer while their host remained there.

They are sentenced to Death

The three culprits of the case were charged with drinking liquor, smoking cannabis, murder, and theft. A death sentence has been given to them by the court of Qatif governorate.