The valley of Abu Talib has an interesting story associated with it. The Prophet (PBUH) and the Muslims took refuge in the valley in the early years of Islam when the Makkans had a boycott against them. The interesting facts about this incident are as follows.

In the early years of Islam, the people of Makkah led by Abu Jahal were outraged with the Holy Prophet (PBUH) for preaching the religion, Islam. They were involved in their way of life and did not want to change it.

Therefore, they wanted Abu Talib, uncle of Prophet (PBUH) to hand over the Prophet (PBUH) or else the consequences would be fatal for the whole tribe and the people who stood with them.

Abu Talib did not respond to this threat and gathered the people of Banu Hashim and Banu al-Muttalib to convince them to stand by their clansman, the Prophet (PBUH) no matter how to grieve the circumstances may be. 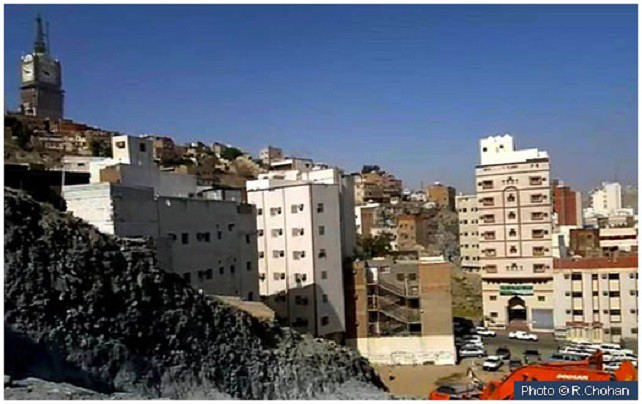 When Abu Talib did not hand over the Prophet (PBUH), the Quraysh decided to take action against the tribes of Banu Hashim and Banu Al-Muttalib. They held a meeting and decided to social boycott both the tribes.

They decided to outcast the tribes, terminate business with them, stop meeting them, terminate any kind of peace treaty, not marry their daughters and do not provide them with any service or goods until they handed over the Prophet (PBUH).

The conditions were written down by a person named Baghdad, and it said that after he wrote the deed, his fingers became paralyzed. The deed was hung on the Holy Kaaba to give it importance and authority.

When the tribes refused to hand over the Prophet (PBUH), they were forced to withdraw from Makkah and live in the Valley of Abu Talib or She’eb Abi Talib.  The valley is a subsection of one of the gorges that ran down to Makkah.

The Muslims had to stay in this valley for three years with terrible circumstances. The food was scarce, and the supplies were limited.

Even in the most terrible circumstances, the Prophet (PBUH) did not give up on his mission and continued to invite people to the religion of Islam.

Soon, some fair and good-hearted people of Makkah started to stand against the boycott. Hashim ibn ‘Amr gathered the good men of Quraysh and asked them to stop this shameful act. Gradually many people stood up against this unfair boycott and wanted to put an end to it.

When the Quraysh checked the parchment, it had indeed been eaten by termites and the only words remaining were ‘In your name, O Allah.”

Abu Talib had won the challenge and the boycott ended which meant that the Muslims could come out of the Valley of Abu Talib. However, the Quraysh did not mend their ways even after witnessing such miracles.