Home Latest News Islamic News Who is Umer Ilyas? The defender of the Quran

We are quite aware of the unhappy incident that happened on Friday when the leader of “SIAN” set the copy of our Holy Book on fire during the anti-Islamic rally. Despite the warning issued by the police, the anti-Islamic group carried the atrocious act.

Who is Umer Ilyas?

At that time a man or a hero in the eye of Muslims named Umer Ilyas defended the horrendous act of the wicked leader Lars Thorsen and defended the Holy Qur’an.

Umer Ilyas is the man who attacked Lars Thorsen, the leader of the ‘Stop Islamisation of Norway (SIAN)’, an organization for burning a copy of the Holy Quran during an anti-Islam rally in Norway. 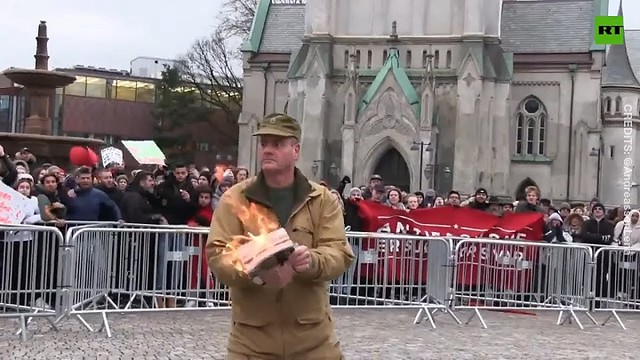 Muslims across the globe took to social media to praise Umer Ilyas, who is a student in Norway. In a video circulating on the social media platforms, Umer Ilyas could be seen jumping like a Lion into the barricaded circle to save the holy book from being desecrated. 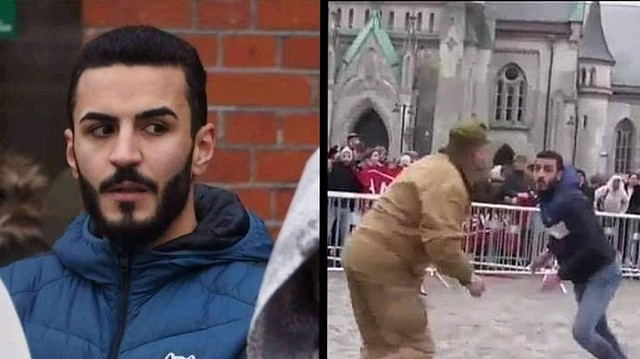 Hero of Muslims, Umer Ilyas manages to grab Thorsen’s jacket, twisting him around. However, the assailant falls to the ground after attempting to kick the anti-Islam organization leader. Local Police then scramble to break up the fight as several other people rush at Thorsen.

Salute to brave #Ilyas for displaying courage to stop an absolutely deplorable action. Such Islamophobia based provocations only promote hatred & extremism. All religions are and must stay respectable. Islamophbia is threat to global peace and harmony.#TheGloriousQuran#Norway pic.twitter.com/CRahq5mazf

Umer Ilyas is now a social media Hero, and users are regarding him as the hero of the Muslim world and one of the greatest defenders of Islam and the Quran in modern times. 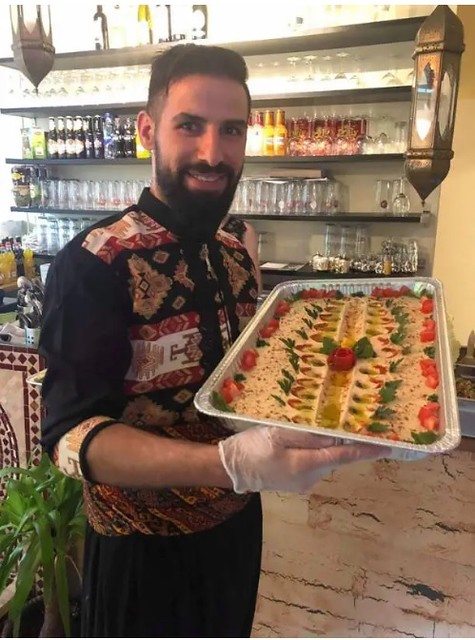 Sian is the organization that was established in 2008 but its history dates to 2008. This organization was basically established to work against Islam and its abbreviation clear states the meaning “Stop Islamization of Norway”.

Lars Glue who is the general secretary of the Norwegian Humanist association also remarked that this organization clearly uses hateful and vulgar language with clearly discriminating content. 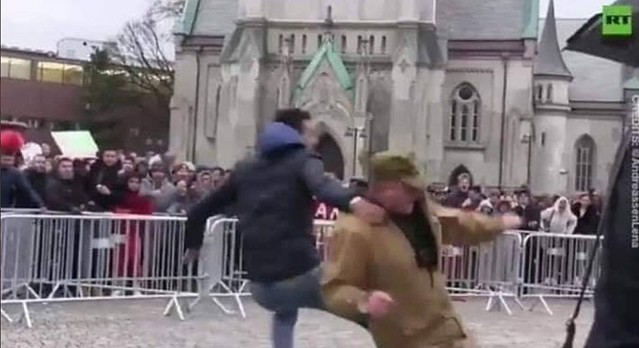 SIAN is also known for publicizing racist and supremacists’ ideas. It also violates the Norwegian Constitution as well as democratic and human values. Nevertheless, the organization has quite a handsome amount of followers from around the globe but still, some non-Muslims of Norway, as well as other countries, abuse the leaders of this group for promoting racism and assuming Nazi ideals.

Indeed, this act of Lars Thorsen created a lot of frustration in the Muslim world. The Muslim leaders in Norway announced their plan to press hate crime charges against SIAN for this horrendous act of setting their Holy book ablaze as said by the leader of Muslim Union Youth Agder Omar Sadiq. 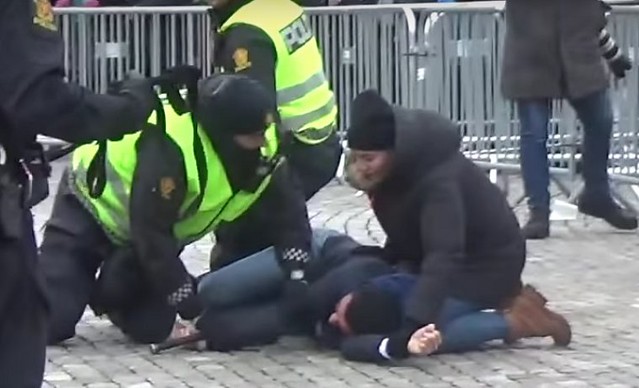 On the other side, Lars Thorsen had also received a 30 days jail sentence distributing hate speeches pamphlets  against the Muslims and also for being a constant political controversy, in his pamphlets, he had accused the Muslims of being “sexual predators that rape in epidemic proportion.”

If we talk about Norway it has 150,000 Muslim population among the five million of its total population and it is very sad to say that the Norwegian government never takes such issues forward and always remains silent in anti-Islamic activities that create frustration in public. Besides this, it is also seen that the negative attitude against Muslims is widespread in the country.