He loves his father: Nowadays, we often see young people falling in love and getting settled into their lives forgetting about their parents who brought them up with love and affection.

But not all couples are like that, some still have the same love for their parents and family even if they are living far away from them.

They flew to Dubai from Canada: The groom, Ribat said that his father had always been healthy that is why everyone in the family was shocked because of his illness. His mother was panicking with his father in such a state and the couple immediately flew to Dubai. 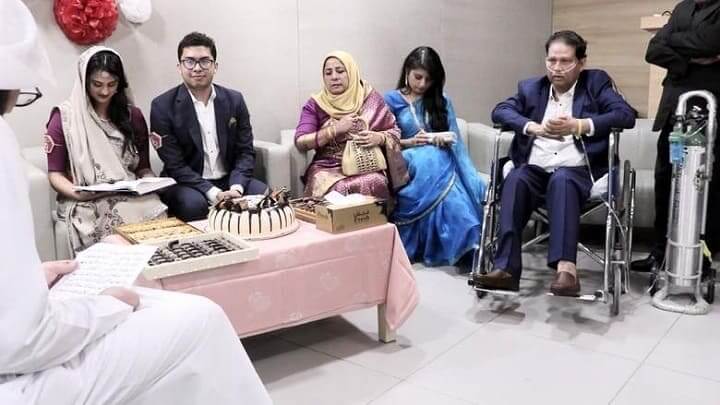 Although the groom’s father, Chaudhary started recovering and was taken off the ventilator, he still wasn’t fit enough to fly to Canada. It was at this moment that the couple decided to get married right at his bedside in the hospital.

The couple held their nikah ceremony at the hospital while their grand wedding event is still scheduled to be on the 16th of July in Toronto, Canada. A beautiful act by the couple has stirred the emotions of many people. May God bless them and may they have a happy married life ahead. Amen. 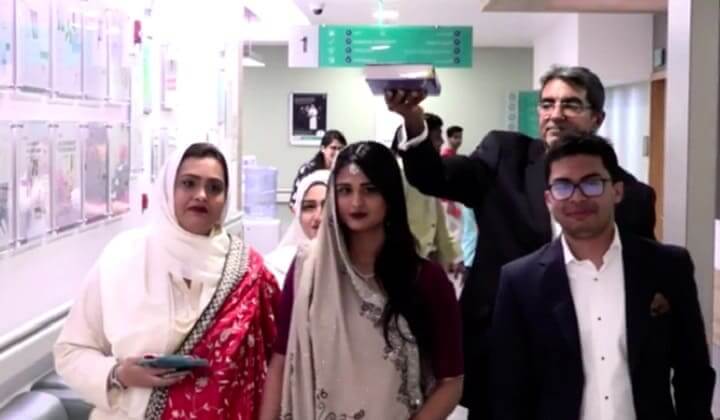 What is ARDS? Acute respiratory distress syndrome (ARDS) is a medical condition characterized by widespread inflammation in the lungs. ARDS is not a particular disease; rather, it is a clinical condition triggered by various pathologies such as trauma, pneumonia, and sepsis.