Home Islam Islamic values What is shirk and how many types of shirk people commit?

Shirk comes from the word Sharik which means partner. Therefore, shirk means to associate partners with Allah. Allah may forgive the sins of the people He wishes to but does not forgive shirk. There are some types of Shirk being practiced by even Muslims.

If a man starts associating people and things which Allah has made to help him out, then this is not only a great sin and great oppression of the rights of Allah but also an insult to the rights of this universe. The main types of Shirk are:

1-To worship living and non-living things rather than Allah.

2-To believe in Allah but to associate partners with him in a way that they stand next to Allah or have some attributes of Allah, like divinity. The belief of Christians is the same where they associate Hazrat Isa A.S. with Allah.

3-To believe in Allah as the creator of this world but not worshipping him or approaching Him directly but rather worshipping and believing in idols to approach Him.

This is also associating these non-living things (idols, dead people) with Allah because Quran clearly states that no one else is to be worshipped if you need to approach Allah in any way, worship him directly, there should be nothing in between. 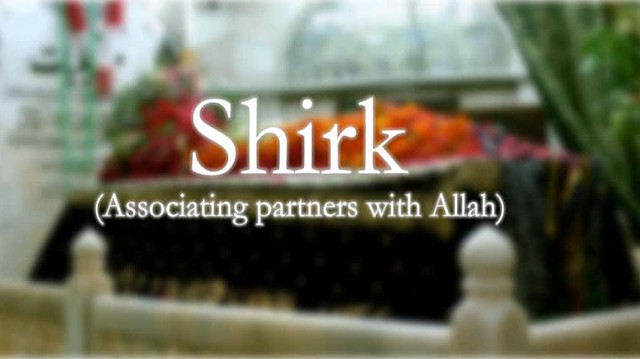 4-To accept some people as God, to do everything according to their will and refrain from the things they prohibit.

People who commit this type of shirk may or may not believe in Allah but it does not matter because they keep the interests of the people who they consider God above everything and this is shirk and without doubt a great sin.

We have seen many times that Muslims, Christians, and Jews believe in the statements of their religious leaders even if they are against the teaching of Allah. It is also a kind of shirk as you follow them blindly without researching on the true message of Allah.

5-The most common type of shirk is run after worldly desires only. The man who only obeys his own desires and passion and does all the things in accordance with them is also committing shirk.

6-Another kind of shirk is hypocrisy, it means to show that you are worshipping for the sake of Allah but in reality, it is only to show off in front of people so that people respect them and think of them as religious or pious people.

Worshipping like this means that we are associating the gain of respect or appreciation along with worshipping Allah which is shirk. The Holy Prophet (PBUH) defined such shirk as hidden shirk.

Shirk should be avoided whether it is hidden or not. We should be aware of the types of shirk and become good Muslims by staying away from it. We should also spread awareness about it as the true religion of Islam is based on the oneness of Allah.