While roaming around on roads, you might have noticed that there are many different types of number plates in Saudi Arabia. Ever wonder what does the color, English letter, Arabic letters, and digits on the number plate mean?

There are 4 types of number plates in Saudi Arabia available in white, blue, yellow, and green color.

Private cars are not allowed to be used for transportation as well as any other commercial purpose. 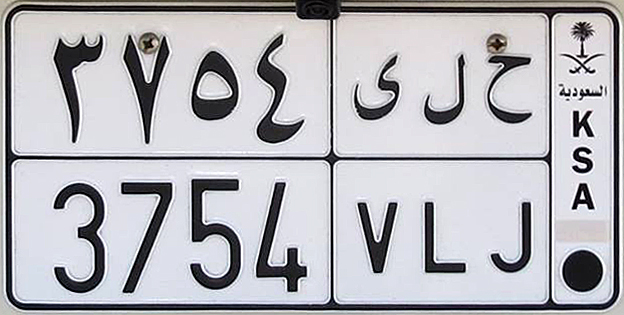 Yellow number plate tells you that this is a taxi that is allowed to take passengers from one place to another.

Moreover, the cars which are owned by private transportation companies such as Uber and Careem also have this type of number plate. Only the vehicles with the yellow number plate are are authorized to transport goods in Saudi Arabia. 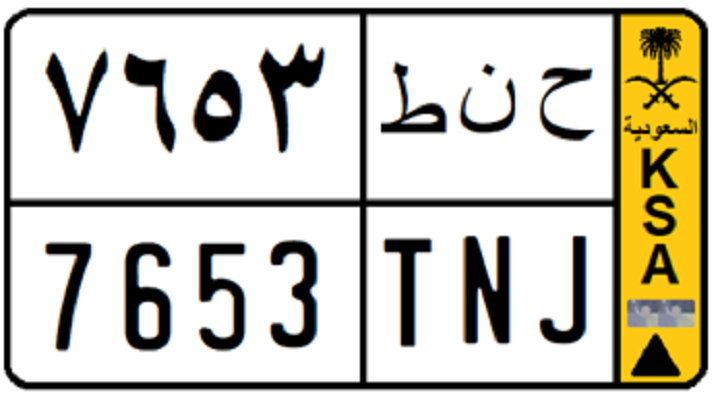 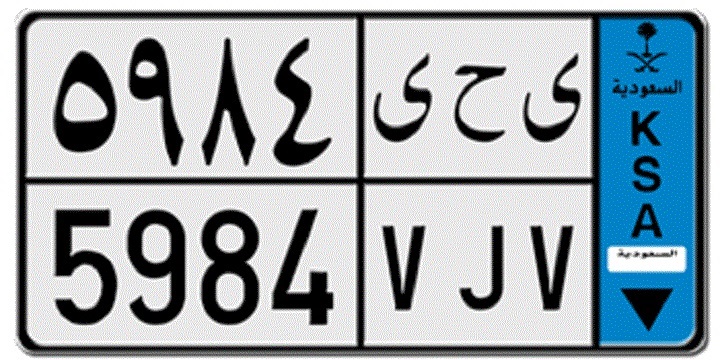 The green number plate is the least common type of number plate in Saudi Arabia as it represents that the vehicle is registered in the name of a consulate or embassy.

This is the reason you will hardly find traffic police stopping vehicles with a green number plate. 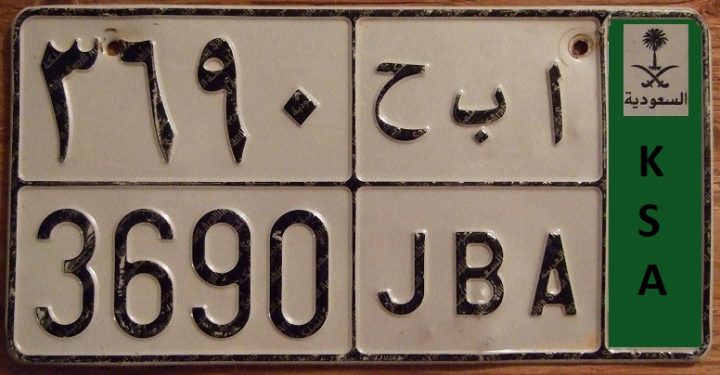 There are 5 parts of a Saudi Number plate that tells us everything about the car.

The second part of the number plate is Arabic Digits. This is exactly the same as English digits.

The fourth part of the number plate is English digits. They are exactly the same numbers that are already written in the Arabic language.

The fifth part of the Saudi Number plate is its colors which differentiates the purpose of the car. There are 4 types of number plates in Saudi Arabia as far as color is concerned (explained above).

How to book Fahas (MVPI) appointment?

How to get driving license extract in Saudi Arabia?

How to find the Vehicle Sequence Number?

How to get a car number plate with Saudi logo?

How to cancel vehicle ownership in Saudi Arabia?

Istimara fee to increase with the Car fuel consumption