We often consider wine as an alcoholic drink, but the fact is that there are as many as 14 types of drinks that are indeed alcoholic. Here is a list.

Beer is mainly made up of fermented malt. Brewing is the term referred to the beer-making process. In this process, the malt (wheat, barley, etc.) is fermented. 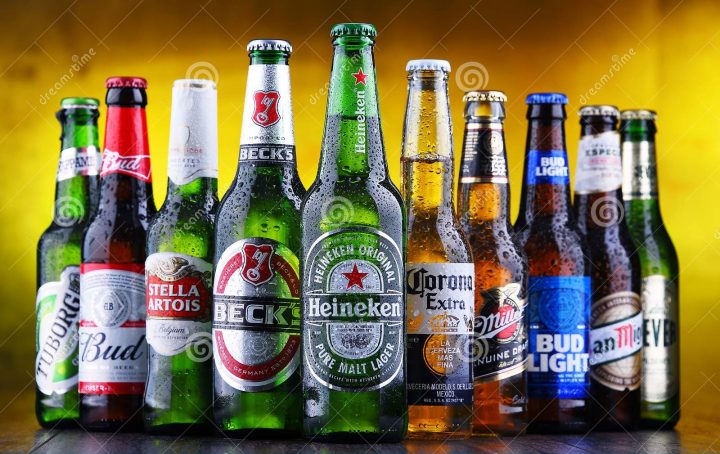 Wine is a type of alcoholic drink made up of fruits such as grapes. Wine is made after fermenting the juice of grapes or crushed grapes.

Liquor is an alcoholic drink that is distilled from grains or plants, such as rum, vodka, gin, or whiskey.

Distillation of wine results in an alcoholic drink named brandy.

A distilled drink that is made up of (Wheat, Barley, etc.). However, a whisky is supposed to be set in oak casks for a certain period of time to make it an alcoholic drink with that certain taste.

Distilling Molasses (Sugarcane juice, will end up in an alcoholic drink named Rum.

Fermented grain mash (Wheat, Barley, and in vodka case potatoes) when the distilled results in vodka.

Bourbon is also known as the American whiskey. Its main ingredient is corn. Of the raw materials, the 51% portion is corn.

After the top and warm fermentation of a heavily roasted malt, stout, yet another alcoholic drink is produced.

A whiskey that is made in Scotland. It is allowed to sit in the Oak casks for at least 3 years.

A Goa-based alcoholic drink that is made from fermented Cashew or Toddy’s palm.

A France-based alcoholic drink named after the France district, Champagne. After secondary fermentation of wine which results in Carbonation allows for the creation of champagne.

Tequila drink hails from Mexico. It is made from fermented Agave fruit (similar to Pineapple).

Gin is another distilled alcoholic beverage. Gin is made from fermented grain mashed with Juniper berries.