Two men were arrested in Dharma located 80 kilometers north of Riyadh casting black magic. When the police searched the house they found satanic writings, witchcraft tools, and certain symbols at the house. They also found SR 5,000/- in their possession.

The two men are in custody and are being questioned about their victims. One of the men confessed that SR 5,000/- were paid to them by a woman who came to them and wanted to cast a spell on her husband that would prevent him from marrying again. 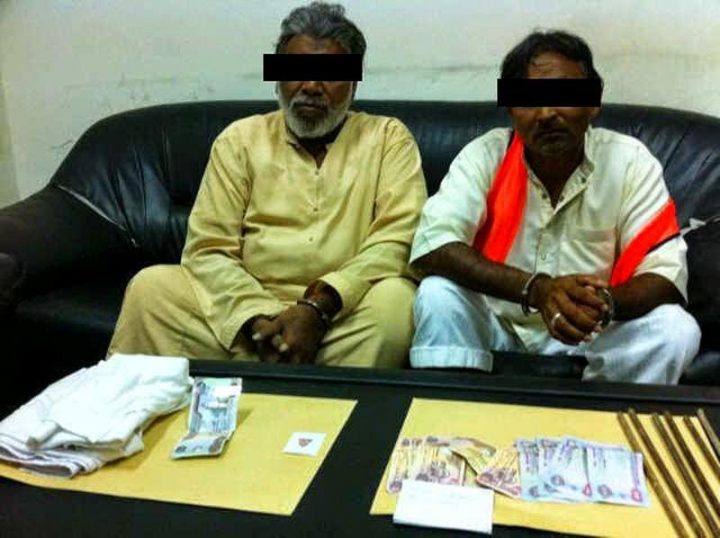 After much investigation, the two men were found to be living in Jou Altabi Area for more than a year. They both confessed that they have had nearly 40 customers who belonged to different nationalities. They also added that most of them were women.

The highest punishment for casting black magic in Saudi Arabia is the death sentence. However, these sorcerers might be deported after spending their imprisonment in Saudi Jails.