Who doesn’t know about this famous, romantic personality, Prince Hamdan has an exceptional personality and generous heart.

This handsome Arab Prince has gathered great fame in the context of romantic poetry and the way he expresses his thoughts in really attractive and captivating ways.

Besides poetry and his fabulous looks, he is known for his adventurous nature. He is a very good horse rider and expert skydiver. And yes, he is the prospective ruler of Dubai. One of the most handsome Arab Princes, Mohammed Bin Hamad from Dubai is the most attractive guy if we compare the royals of different states.

He is not only handsome and has a charismatic personality but also has a very high caliber and extraordinary intellectual level. He has an MBA degree from Harvard University and an exceptional track record in curricular and extracurricular activities.

He is an Arab Prince who can fluently speak English and French besides Arabic. He has also led the Qatar Equestrian sports team formally. 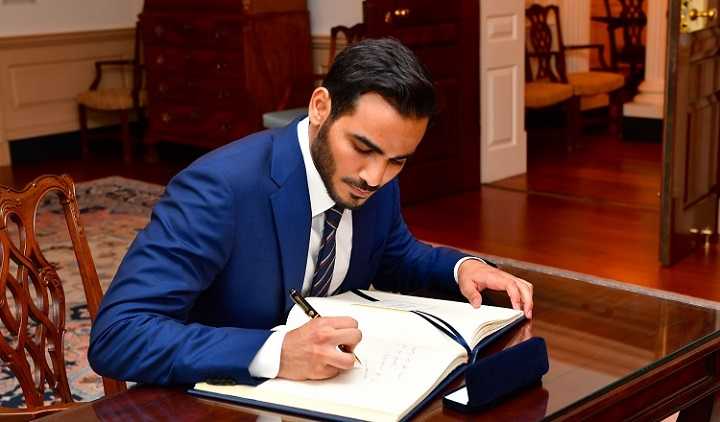 Prince Hashim is the younger son of King Hussein of Jordan and his Queen Noor. The handsome, stunning, and heartthrob Prince Hashim primarily has gained fame for his outstanding looks.

This handsome Arab Prince has marked higher levels of education and sport as well. He graduated from Georgetown University and came back to Jordan after higher studies and joined the armed forces as captain to serve the people of his country. Prince Khalid bin Sultan is another handsome Arab prince who is keenly interested in fashion arts and music.

His interest in the arts and music industry has led him to join different related activities. He has studied at University College London which helped him to groom his skills and arts capacities.

His favorite models are wide in the range including Lady Gaga. He has also launched a fashion label in London with the name ‘Qasimi’. Prince Fahad is a hot Saudi prince who is not only handsome but carries expertise in the latest technology and social media. He has graduated from Stanford University and was recruited as Facebook Head of user operations Arabic.