Mosques hold religious importance in the Muslim World. As these mosques are for Muslims they are designed and architect using Islamic culture and art. With Islam being accepted and spread throughout the corners of the world, a lot of distinct styles have inevitably evolved.

This is one of the largest Mosques in the world covering nearly 30 acres of land in Abu Dhabi. This mosque took 11 whole years to construct where the designs were a fusion of Persian, Arab, Mughal and Moorish architectural styles.

The courtyard of this mosque carries a floral design which measures nearly 17,000 square meters being an example of the largest marble mosaic in the entire world. As mentioned above the world’s second largest hand-woven carpet, this is the holder of the largest one.

I have visited here in Jan 2015 and I believe that this is the most beautiful Mosque constructed in the modern era. 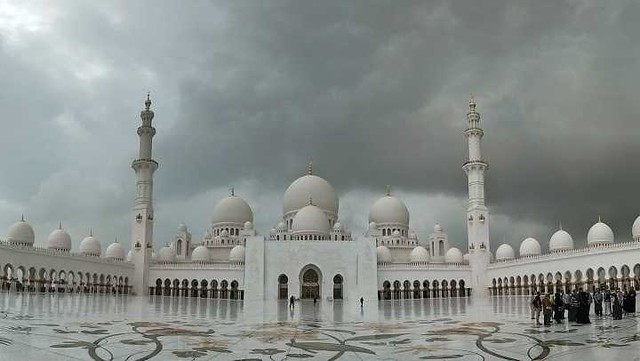 This mosque was constructed by the late Sheikh Isa ibn Salman Al Khalifa in 1987 where the mosque was named after Ahmed Al Fateh who was the conqueror of Bahrain. 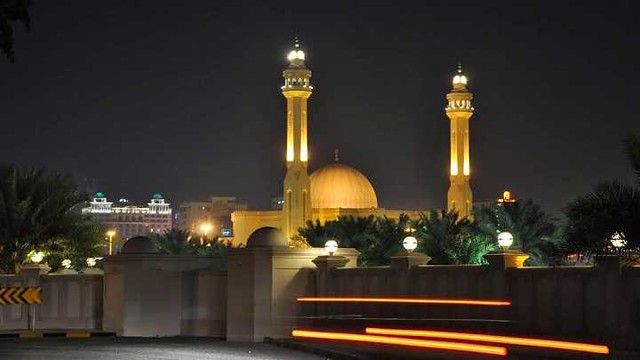 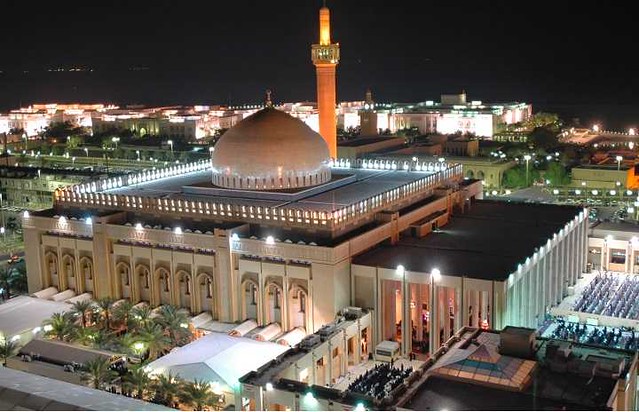 Imam Muhammad bin Abdul Wahab Mosque is perhaps the most beautiful mosque in Qatar. This mosque was although constructed quite recently in 2011, preserves a whole lot of the traditional aspects of the Gulf Region’s history.

The mosque has a modest height and ninety smaller domes that try to replicate the building constraints back in the early years of Qatar.

They also have sandstone facades and this mosque holds the area of nearly Eleven thousand people. This mosque looks marvelous during the night time, lighting up much of Doha. 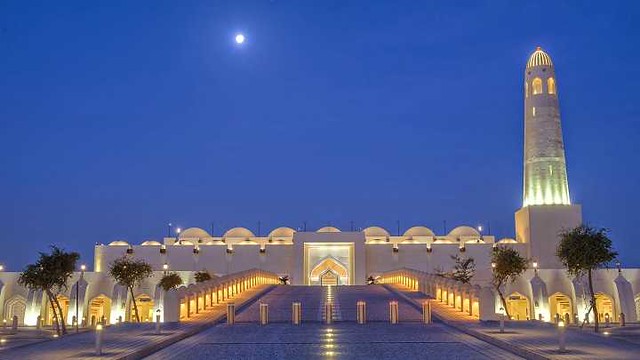 This name is extremely grand, just as the name of the mosque suggests. This mosque is impressive in almost every single aspect. In this mosque is the world’s second largest hand-woven carpet as the floor in the entire floor of the main prayer hall.

This mosque also holds the second largest chandelier in the entire world which weighs nearly 8.5 tons all decorated with Swarovski crystals! 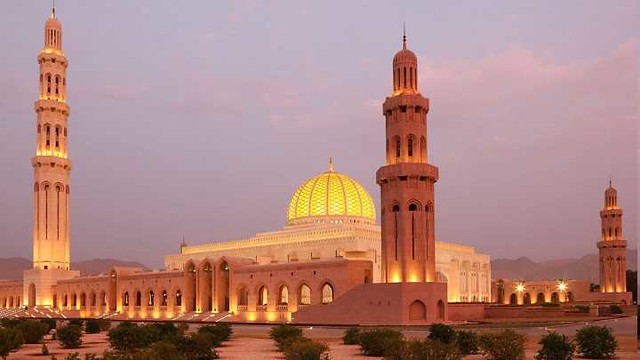 Undoubtedly, one of the most beautiful mosques in the middle east. This mosque is named after the Yemeni President, Ali Abdullah Saleh and this mosque covers a massive area of 27,300 square meters and can hold 44,000 people. This mosque cost nearly 60 million USD to construct making it the largest mosque in Yemen.

This mosque is built in the Yemeni and Arab Architecture, in fact, a fusion of both, making it a landmark for the capital city Sanaa. Looking at the mosque from a couple of hundreds of meters gives a soothing effect to your eyes. 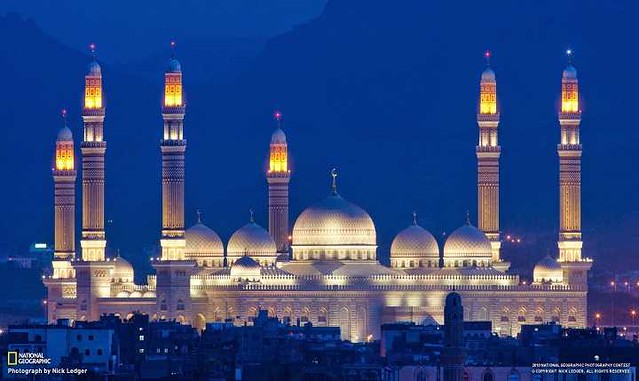 This mosque located alongside a lagoon resembles much of the Blue Mosque in Turkey. This mosque is bedecked with 34 elegant cascading domes with the central dome having several half domes around it and four smaller cupola domes in each corner of the entire mosque. 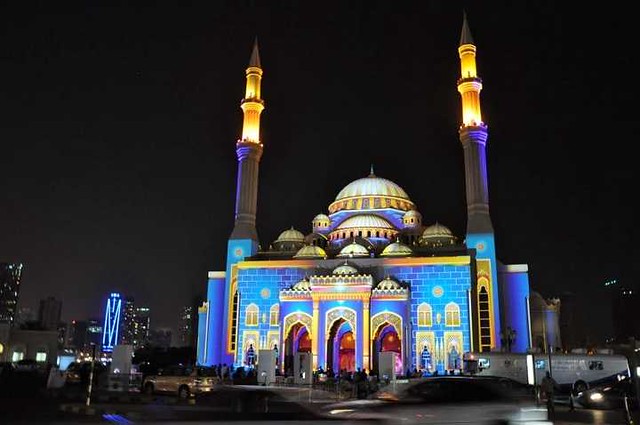 This mosque was designed to portray distinctive architecture with dynamic movement showing elements of sporting activities. Therefore, this mosque is situated in an area where there are many sports facilities and activities all around. 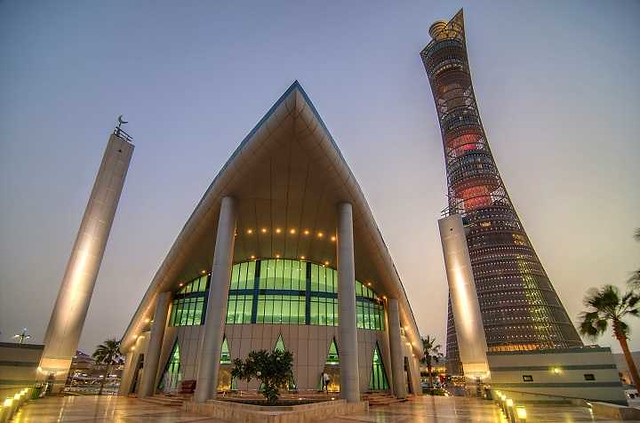 This mosque was built in the year 629 A.D which makes it one of the oldest mosques in the world. This is where the Black Stone was kept for 22 whole years when it was stolen from Makkah. This is also the very mosque where the second Friday Congregation in Islam was held.

As-Sadeeqa Fatimatul Zehra Mosque seems to show quite of resemblance to the Taj Mahal since its construction. This mosque is located near the airport thus flight passengers can see this mosque just before landing giving them a chance to admire the city of Kuwait more. 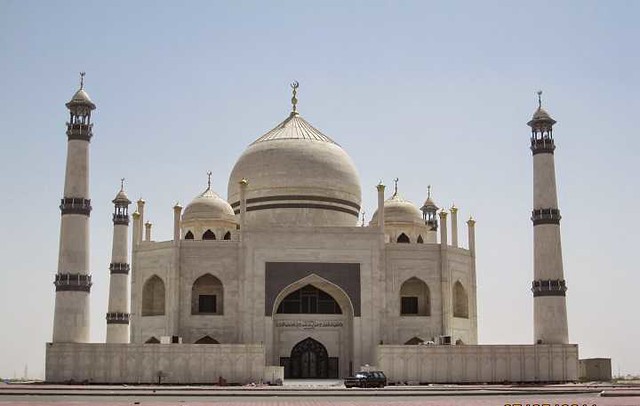 This is the only mosque in all the Sultanate of Oman that is constructed purely of Ottoman Style. This mosque stands imposed as the backdrop of the Muscat Mountains being a buzz the heart of the people of Al Kuwait.

This mosque was named after the present ruler’s father, Sultan Qaboos which opened its gates for the worshippers in 1999. 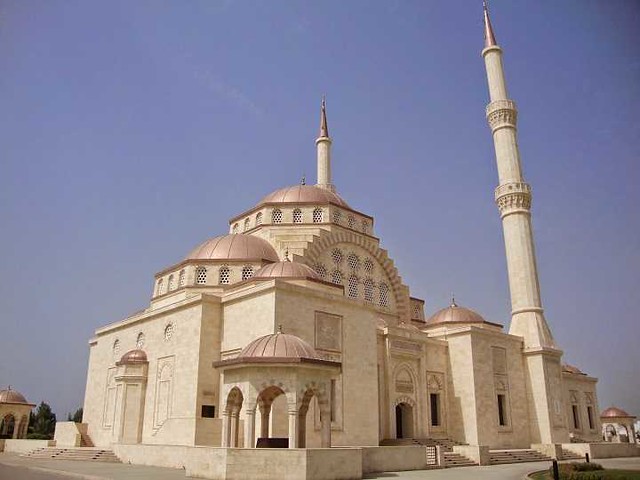 This appears to be floating though it doesn’t. It is constructed over pillars near the shore making it extremely popular and is always found on postcards of Jeddah.

Although the external look of the mosque is very beautiful, the government needs to concentrate on the beautification of internal looks as well. 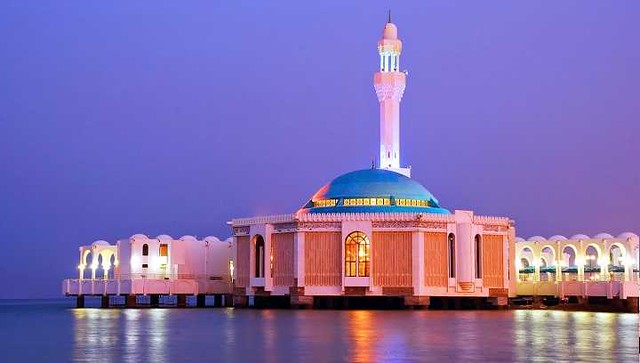