Pet shows have always been an attraction and people who love pets would surely attend it but you never know how one entertaining show may turn into a scary reality for you. Such an incident occurred with a young girl who was probably there to attend a pet show in Sakaka, Saudi Arabia.

A small girl was attacked by a tiger

The scene was captured in a show which was held near a market in Sakaka on Saturday by someone from the audience. As reported by one of the spectators, the trainer was showing his pet during an entertainment program featuring wild animals. The scene changed suddenly when a girl started screaming at the top of her lungs as she was attacked by a tiger.

The trainer immediately took hold of his pet and separated the girl from his animal to save her. The whole incident is traumatic for the girl, if not physically then mentally. There are angry remarks circulating on social media because of the lack of security precautions. 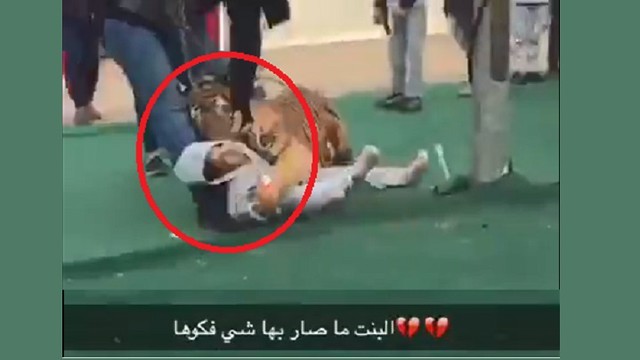 Proper precautions must be adopted

According to the Saudi News, one of the attendants said that no matter how tamed was the animal, it was something really dangerous and could have been fatal for not only the girl but the other viewers as well.

This was not the first incident which took place. There had been few other incidents as well in the past which shows that entertaining shows featuring wild animals should have properly planned security interventions for the safety of its audience.

This is not the first time in Saudi Arabia

Fahad, a Qatari young boy in November 2013 was attacked by a baby leopard and faced some serious injuries. He was with his mom to attend the show where the cub grabbed his neck in its jaws.

It’s high time that the Ministry of agriculture should act and prevent such animals to be kept as pets. Also, the parents of such kids should be aware while attending such shows and stand at a distance.

Either such shows should be banned or there should be proper security precautions before the events. In the case of violating the rules, the trainer, as well as the organizers, should be charged.