Many people ask, why Prophet Muhammad S.A.W married so many wives. According to official Islamic belief, the objectives behind the marriages of the Holy Prophet (peace be upon him) can be classified into four categories;

2-Marriage between families to create strong family bonds. Prophet Muhammad (peace be upon him) married the daughters of Hazrat Abu Bakr and Hazrat Umar (may Allah be pleased with them) and Hazrat Usman and Hazrat Ali (may Allah be pleased with them) married the daughters of the Holy Prophet (peace be upon him) and hence He had strong family ties to all of the first 4 caliphs.

4-To increase the credibility and the number of sources for the conveying of his private life. If the Holy Prophet (peace be upon him) were to have only one wife who would convey his personal life to the people, she would have been discredited by the non-believers. Hence there was more than 1 wife so that the information could be relayed through different sources making it that much harder to discredit or ridicule them.

Hazrat Khadija bint Khuwaylid R.A: The Holy Prophet’s (peace be upon him) first marriage was at the young age of 25 to a 40-year-old Khadijah (peace be upon her) and was married to only her until the age of 50 at the time of her death. After this, the Holy Prophet (peace be upon him) kept multiple wives, for the reasons mentioned above and He only married divorcees or widows, with the exception of Hazrat Aisha (may Allah be pleased). At the young age of 25, the Holy Prophet (peace be upon him) married His own employer who was a wealthy 40-year-old merchant named Hazrat Khadija R.A. His marriage to her was his first and it proved out to be both happy and monogamous, as He never married anyone during her lifetime. The couple had 2 sons together named Qasim and Abd-Allah (who was nicknamed as Al Tahir and Al Tayyib), however, both the sons died at a young age. They were also blessed with 4 daughters named Zainab, Ruqayya, Umm Kulthum and Fatimah. During their marriage, Khadija purchased a slave named Zayd Ibn Harithah, who was then adopted as her own son.

Hazrat Maymoona bint Al-Harith R.A: As a part of the signing of the treaty of Hudaibiyah, The Holy Prophet Muhammad (peace be upon him) went to the city of Makkah to perform Umrah.

It is over there that Hazrat Maymoona R.A proposed marriage to the Holy Prophet (peace be upon him) which he accepted. Maymoona was also the sister in law of Hazrat Abbas (may Allah be pleased) who was a devout and longtime supporter of the Holy Prophet from the early days of Prophethood. 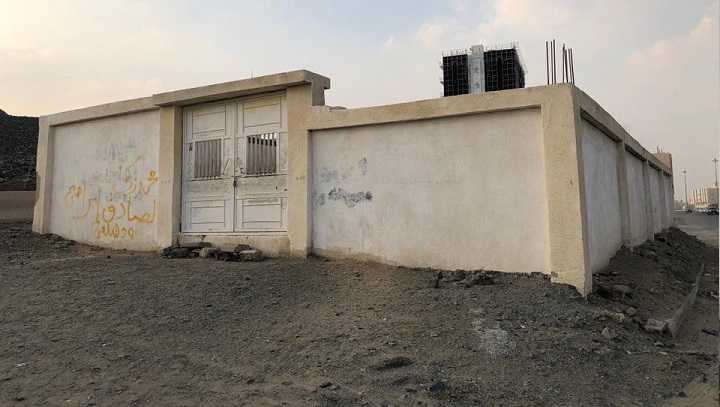 ‎The resting place of Maymoonah R.A, one of the wives of the Prophet Muhammad S.A.W. ‎It is in a locality named Sarif, around 20 km from Makkah.

By this marriage, strong ties were created with the Banu Mukhzam tribe who were once his strong enemies. As the people of Makkah did not allow the Holy Prophet S.A.W to stay any longer, He left the city taking Hazrat Maymoona R.A with Him.

She was originally named Barra, however, the Holy Prophet called her Maymoona which meant “The Blessed one” as this was the first time in many years that He was finally able to visit his Home Town of Makkah. 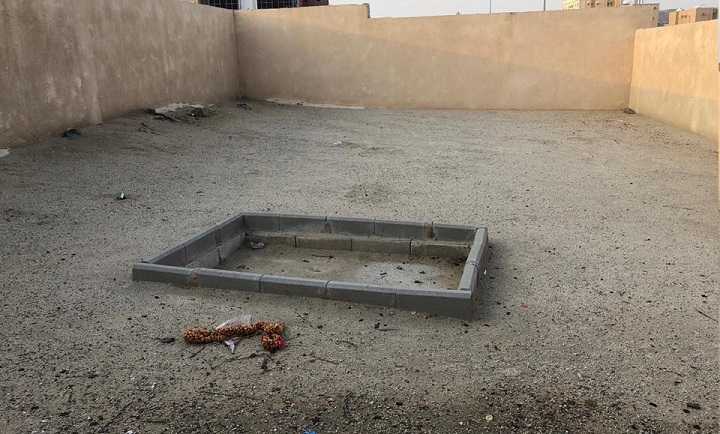 Hazrat Sawda bint Zam’an R.A: Before the Holy Prophet (peace be upon him) left for Medina, he was suggested by Khawlah bint Hakim that He should marry Hazrat Sawda bint Zam’an R.A who had suffered a great deal since she had converted to Islam. Prior to her conversion, she was married to one of her cousins. There is some disagreement about the fact whether Aisha R.A was married first of Sawda.

Hazrat Hafsa bint Umar R.A: During the war with Makkah many brave men laid down their lives fighting in the name of Islam, and in turn leaving behind many widows and children. One of these was Hazrat Hafsa bint Umar R.A, who was the daughter of Hazrat Umar (may Allah be pleased) who was one of the greatest and fiercest companions of the Holy Prophet (peace be upon him).

Hazrat Zainab bint Khuzayma R.A: Hazrat Zainab bint Khuzayma R.A was also widowed at the Battle of Badr in which her husband Ubaydah al-Harith, from the tribe of Al Mutallib, died. This tribe was under the special responsibility of the Prophet and he married Zainab R.A with the aim of providing her with a better life. Over the years she was given the title of Umm Al Masakeen which translates to Mother of the Poor people. This title was given to her for the extensive amount of charity done by her out of kindness. Both wives were closer to the age of Hazrat Aisha R.A and were welcomed with open arms by Hazrat Sawda R.A too. The relationship between Hazrat Aisha R.A and Hazrat Hafsa R.A was a lasting one; however, Hazrat Zainab R.A fell ill soon after her marriage and died 8 months into her marriage.

Hazrat Hind bint Abi Ummaya (Umm Salama) R.A: The death of Hazrat Zainab R.A had coincided with the death of Abu Salamah, a devout Muslim who had succumbed to his wounds inflicted upon him in the Battle of Uhud. His widow, Umm Salama was also a devout Muslim who had no one except her children. Her struggle of being without a spouse saddened Muslims who sent her marriage proposals after the time of mourning was over, however she refused. Even when the Holy Prophet sent a marriage proposal to her she was cautious. However The Holy Prophet (peace be upon him) prayed to God to rid her from this, and hence they both were married shortly after.

Hazrat Juwarriya bint Al-Harith R.A: Hazrat Juwarriya R.A was one of the captives of the skirmish with the Banu Muataliq tribe. Coincidentally Juwarriya was also the daughter of the tribal chief. During the skirmish, her husband Mustafa bin Safwan had been killed. Soon after, she was amongst the booty of Thabit Qays Al Shammas, one of the companions of the Holy Prophet. Juwarriya went to the Holy Prophet (peace be upon him) and asked for her release as she was the daughter of the tribal chief, however, He refused. Then the tribal chief brought ransom for his daughter, however, He again refused. Later he married Juwarriya and once the people of the Banu Mustaliq became related to the Prophet, nearly 100 captive families were set free.

Hazrat Safiyya bint Huyeiy Ibn Akhtab R.A: Hazrat Safiyya R.A was a noblewoman and the daughter of the chief of the Jewish Banu Nadir tribe. Her husband had been killed in the Battle of Khaybar and she had been taken captive. The Holy Prophet (peace be upon him) released her from her captivity and gave her 2 options, whether to return to her own tribe or to convert to Islam and marry Him. She chose the latter choice.

Ramla bint Abu Sufyan (Umm Habiba) R.A: In the year when peace treaties were signed with the Makkah enemies, The Holy Prophet married the daughter of the chief of the Quraysh leader, Abu Sufyan. This was done to further reconcile the differences. Hazrat Ramla R.A had converted to Islam despite her father being against it and remained steadfast in her belief.

Hazrat Maria Al Qibtiyya R.A: Hazrat Maria R.A was an Egyptian Coptic Christian slave who had been sent as a gift from the Muqawqis. It is believed that it is her who bore the Holy Prophet (peace be upon him) his son Hazrat Ibraheem R.A who unfortunately died in infancy.