There are around 2,000 volcanoes in Saudi Arabia. On June 06, 1256, a strong earthquake jolted Madina which resulted in the eruption of a volcano.

A volcano erupted in Madina

This Basaltic Lava was running out of the cracks of the Arabian Peninsula’s 40-kilometer thick layer. After that, there were hot volcanic explosions for 52 days causing lava and ash to spew out from a massive 20 km crack in the southeast of Madina.

The lava stopped 4 km away from Madinah

The lava from the volcano flowed for 23 kilometers and finally reached the city of Madinah. Just 4 km away from the city it was miraculously stopped.

The light from the burning volcano in Saudi Arabia lightened the night so much that it looked like a sunny bright day in Madinah. The people of Madina were completely at a loss as to what they should do. 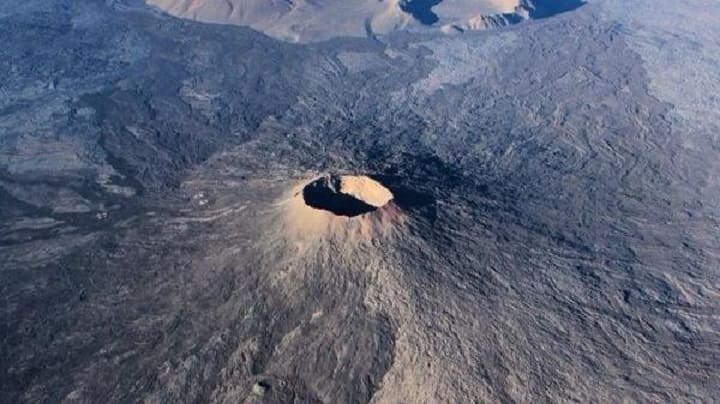 People were so frightened that they got together in Masjid al Nabawi and prayed to the Almighty to save them. Soon their prayers were answered and the lava changed its direction away from Madina

Therefore, the city was saved from complete destruction. You can watch this speech of Shaykh Hamza Yusuf at the end of this article.

The area which was covered by lava from north to south is about 310 km and has a width of about 75 km.

This volcanic lava eruption from the volcanic field Harrat Rahat is maybe one of the signs of the day of Judgement.

Prophet Muhammad ﷺ said, “The Hour will not be established till a fire will come out of the land of Hijaz, and it will throw light on the necks of the camels at Busra.” – Sahih al-Bukhari 7118

Geologists and tourists around the world are attracted by these craters and volcanoes in Saudi Arabia. These volcanoes are unique because of their color, characteristics, and formation.

The geologists are amazed to discover the volcanoes of Saudi Arabia which are more than 2000 in number. Some of the land’s volcanic craters are categorized as the world’s most beautiful ones. 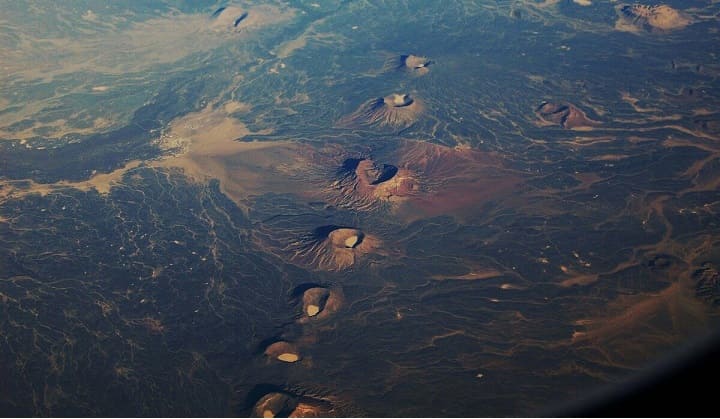 Dr. Abdulaziz bin Laaboun, who is a geology professor at the King Saud University claims that the land of Saudi Arabia hosts the most beautiful volcanic craters. Geologists, tourists, and researchers know the worth of these landmarks and thereby come here to explore them.

Harrat Rahat is the largest lava field in Saudi Arabia. It is 20,000 sq km; it extends for 300 km south of the holy city of Al-Madina. Four coalescing lava fields erupted from offset NNW-trending vent systems comprise Harrat Rahat, which has an average width of 60 km.