Home Islam Prophet's Stories The story of Hazrat Yousuf A.S. – from a Slave to the...

Also, both sources have revealed interesting stories of some of the Prophets. Here we will share some incidents and authentic stories of Hazrat Yousuf A.S.

One day he took him with them and threw Hazrat Yousuf A.S into a deep well. The poor soul spent a whole night in a deep dark well.

He then decided to take Hazrat Yousuf A.S along with him to Egypt with a very intention to sell the boy as a slave. Thereby when they reached Egypt, Hazrat Yousuf A.S was sold out. A very noble family bought him. The family consisted of a husband and a wife.

They took care of Hazrat Yousuf A.S as they did not have any child of their own. They were glad to have a good looking boy in their family. This is how Hazrat Yousuf A.S became part of a noble Egyptian family! The Egyptian Pharaoh was known as the Emperor. He had a lot many people providing their services to him. And the wife of one of his service provider was not a good lady.

She wasn’t loyal to her husband. She tried to persuade Hazrat Yousuf A.S. to wrong things. Allah helped Hazrat Yousuf and he stood strong in his character.

She felt she had been disrespected. Thereby she planned on taking her revenge, she asked her husband to put Hazrat Yousuf A.S in a prison.

Hazrat Yousuf A.S was blessed with a gift where he could interpret the true meaning of the dreams. While his stay in prison he used to tell everyone what their dreams meant.

His interpretation always was right and true. Indeed, it was a great gift from Allah Almighty. Hazrat Yousuf A.S spent 12 years in prison. Emperor kept having a strange dream which disturbed him. No one, even his wise men, could come up with a good explanation.

Emperor’s dream was very strange. He had dreamt that seven fat cows which seven lean cows were eating; and seven green ears of corn and other (seven) dry. – Quran 12:43

Hazrat Yousuf A.S had been appointed to a very powerful position. Indeed, it had been the reward from Allah!

Hazrat Yousuf A.S remained loyal to his work. He made sure that all the storehouses were filled with wheat and grain in seven years of plenty. As per his explanation, after seven years a seven-year prolong famine stroked. Crops failed, there were no rains and people had nothing to eat.

Hazrat Yousuf A.S intelligence and hard work saved them all with the help of Allah. Hazrat Yousuf A.S had a backup for this situation. He opened his stores that were full of grain and wheat and let everyone have a share of it.

The famine was vast, it also hit Palestine. People of Palestine were in trouble and so were Hazrat Yaqoob A.S. and his sons. There was no food for family and animals.

When Hazrat Yaqoob A.S. got aware that Egypt has stores of grains, he asked his sons to go and bring grain from the Egypt (where grain and wheat were stored).

When the sons reached Egypt and asked for grains they were told to first take permission from the governor to get the grains. The governor of Egypt was their own brother whom they could not recognize because of his splendid robe.

They were sure their plan had worked and Hazrat Yousuf A.S was no more. However, Hazrat Yousuf A.S recognized them and told them that they can have the grains only if they come along with their youngest brother and parents.

Hazrat Yousuf A.S wanted to meet his father, mother, and young brother Benjamin. The brothers went back, told the family about the demand and eventually, the eleven brothers returned with their mother and father. 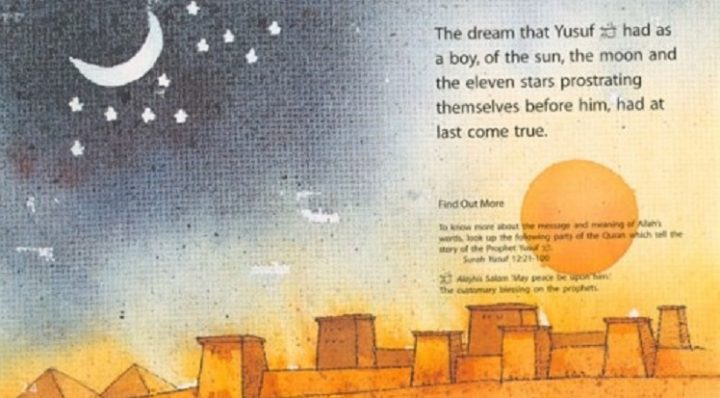 The dream of the sun, the moon, and eleven stars bowing down to him. Hazrat Yousuf A.S thanked Allah for granting him these cherish-able moments in his life. This structure, located between Bethlehem and Gilo contains the grave of Rahil, one of the wives of Yaqoob (upon him be peace) and the mother of Yusuf (upon him be peace).
This site is considered the third holiest in Judaism, after the Temple Mount in Jerusalem and the Tombs of the Patriarchs in Hebron.