You must have seen pictures of an electric bulb, claiming to belong to the Holy Mosque in Madina, which is very common on social media and a topic of discussion these days. It is said to be in an era of more than 100 years ago from 1325H.

News like this is always a hot topic as people start to share such stories and pictures without authentication in excitement. Stuff like this from the past, holding a sort of royal position (in this case belonging to the Holy Mosque in Madina) is a subject of interest.

It was installed 111 years ago

People are amazed to see how this news and picture came into the discussion after such a long time out of nowhere. According to our research and resources, we found that to be exact, this bulb was installed around 111 years ago.

This was the time when electricity was first introduced in the Arabian Peninsula. The date was engraved on the bulb. From 1265H to 1277H, the mosque was reconstructed.

It was expanded and renovated, according to the Madina Municipality website. These changes together with the bulb were installed in the era of Ottoman Sultan Abdul Majid on 22nd September 1908 when electricity was introduced by him. 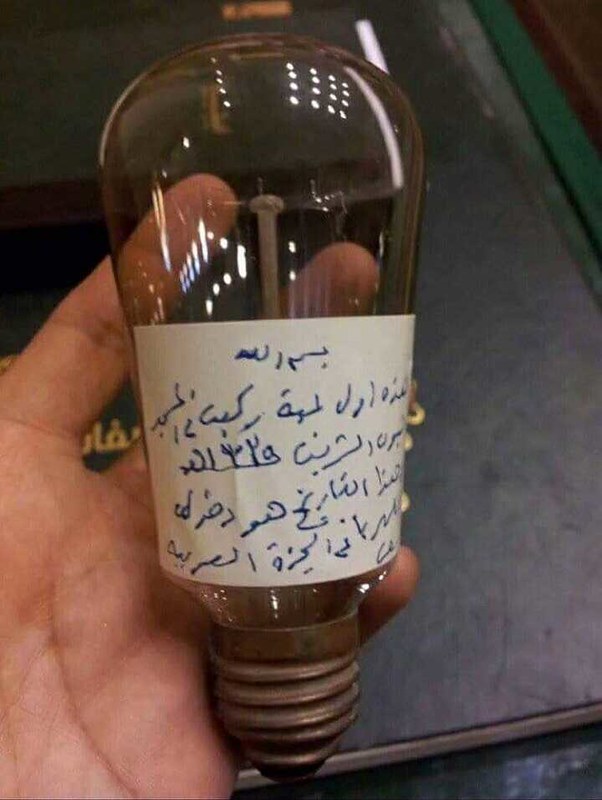 Thus for the first time, the Holy Mosque in Madina was glowing with the light on Shaban 25, 1326H. Before that oil lamps were used in the mosque for lightening purposes.

The mosque was further renovated and expanded during 1370H to 1375H, in the era of King Abdul Aziz. He then set up a special power station in Madina for lightening the holy mosque. The number of bulbs or lamps then reached to almost 2,427.

The mosque was previously lit by palm fronds, as narrated in the book “The holy mosque of Madina” written by Mohammad Al Sayyid Al Wakeel.

As told by a Saudi researcher, in 9H, during the period of Prophet Muhammad (P.B.U.H) when Tameem Al Dari came to Palestine, he changed the light into oil lamps and was the first one to use it. Before this, the light used came from littering the dry branches and leaves of date plants.

On the other hand, according to some other historians, the oil lamps were first lit by Calip Umer Bin Al Khattab during the Taraweeh prayers.  Even today this technology is used in Madina by the modern Saudi Government. 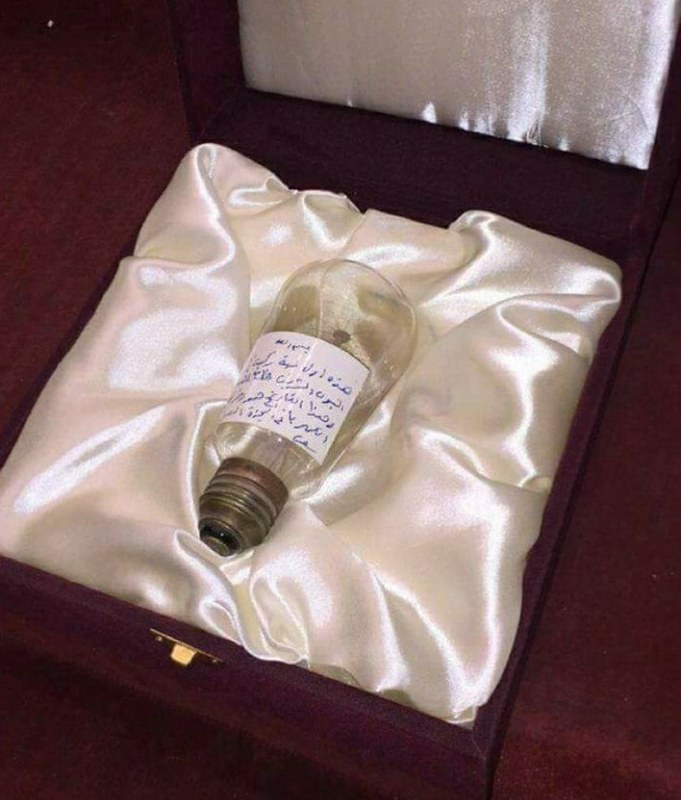 Why is it so important?

Some people out there might just not want to believe it as a thing this old suddenly came into the news during the past few days and never before. But this thing is very important to Muslims all over the world as it is something which belongs to a Holy place where our Prophet Muhammad (P.B.U.H) belonged.